Where to Find Proptech’s Second Cities in the US

Boise? Yes, Boise. Why it and other cities not named New York, Boston and San Francisco are attracting proptech firms. 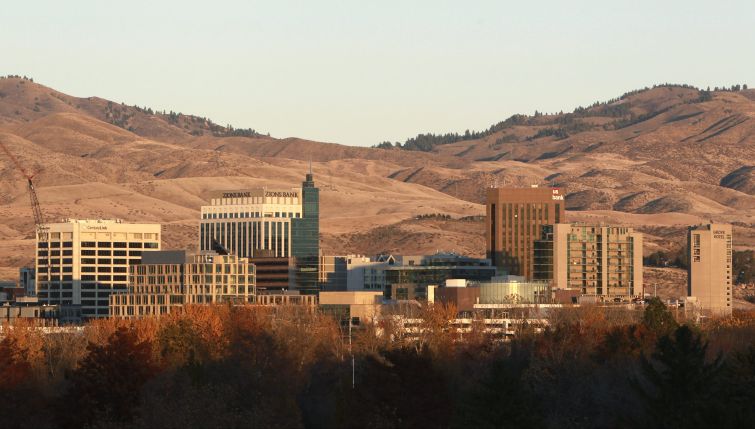 Boise, Idaho, in 2017, around the time proptech took notice. Photo: Joe Jaszewski for The Washington Post via Getty Images

Ask industry experts for the global capital of proptech, and invariably they will answer New York City. Ask for the other top-tier U.S. proptech cities and the answers always include Boston, Chicago and San Francisco.

For a variety of reasons, though, proptech startups are growing across the U.S. beyond those cities, some in surprising locations. The common factors that all of them share seem to include a comfortable lifestyle, reservoirs of local talent, and easily accessible support systems.

One area, the Salt Lake City-Park City region of Utah, has seen growing proptech startup activity for a number of reasons, said John Helm, managing director of RET Ventures, a residential real estate tech fund. He relocated his business and family from the San Francisco Bay Area to Park City in 2017.

“I started looking for a place to locate the fund and where my family would like to live,” Helm said. “Part of [RET Ventures’] mandate is to potentially incubate or help get businesses off the ground. One of our criteria was to be in a market where there was good talent that understood our industry. When I kind of overlaid markets where there was good technical talent with where I would like to live, with also a very high-quality airport, because a lot of our deals are all over the country, Park City and Salt Lake came out at the top of the list.”

Helm pointed to Silicon Slopes, a 501(c)(3) nonprofit that supports Utah’s startup and tech community, along with the presence of property software company Entrata in the city of Lehi, as factors in the region’s proptech growth and his fund’s relocation to the state.

“There’s quite a few proptech companies and entrepreneurs with DNA in real estate technology, so that’s how we ended up there.”

The network effect of mature proptech startups spinning off or attracting early-stage companies is a factor also found in what makes Zach Aarons, co-founder and general partner at MetaProp, call Santa Barbara “a phenomenon. It is a tiny town that has Procore, Yardi, Appfolio, Briq, and other proptech/contech companies there. It’s like $25 billion of market value in this one small, beautiful California beach town. Lots of talent comes out of [University of California at Santa Barbara] as well, to feed the companies.”

Bassem Hamdy, CEO and co-founder of Briq, a performance management platform for construction financial professionals located in Santa Barbara, said the size and lifestyle of the city scales to the construction technology market’s margins and to the desire of more mature entrepreneurs like him to have a work-life balance.

“There’s something about proptechs still being a little bit more of an odd-style entrepreneurship,” Hamdy said. “It’s not like we’re building Square, we’re not building Facebook. We’re building a system that maybe has 50,000 people we can sell it to. So, you can be a little bit more in a village than you are in these other spaces.

“The other thing is construction is no bullshit. We don’t want to talk about everybody’s startup, quite frankly. At the end of the day, the last thing I want to do is go to a meetup and talk about some bullshit Silicon Valley thing. Proptech and construction tech, by its very nature, attracts people that are really no bullshit. Not that other cities are bullshit, but it’s just that I don’t need to network, I don’t want to network, I just want to go.”

A Toronto native, Hamdy said he originally came to Santa Barbara to be an executive with Procore. He loved the weather and the lifestyle for his family, so, following his stint with Procore, he stayed and started Briq, which now has 120 employees, about a third of whom are in Santa Barbara, with the rest in Toronto and Vancouver.

However, the hunt for proptech talent for his company is expanding beyond Santa Barbara.

“It’s hard for us to compete because, if you go to recruit in San Francisco, [prospects] are like, ‘I’m considering construction technology around finance and a company that invented an autonomous spaceship.’ So, we’re like, OK.”

Hamdy believes a city even smaller than Santa Barbara holds the answer for Briq.

“We’re looking at a second city for another office. We’re remote first, that’s what we’ve decided post-COVID, but where’s the talent?” he said. “Boise, Idaho! Great town, great college with great [computer science], smart kids coming out of college not necessarily wanting to leave town. One of the fastest-growing states in America.”

Cities that are seeing proptech startup growth usually combine such academic resources with local, state or nonprofit support for entrepreneurs.

Austin, for instance, has a number of colleges in a progressive environment with no state taxes and a comfortable lifestyle, all of which is attractive to Silicon Valley VCs and tech businesses. It has a huge, residential rental market, too, that happens to host such proptech companies as Icon (which in late August announced a $207 million funding round), Realtor.com, RealMassive, Virtual Staging Solutions, and Renovate Simply.

Tariq Bokhari, founder of the Carolina Fintech Hub, which helps tech startups in the Carolinas’ biggest city, said that one major factor in Charlotte attracting new and established companies is the regulatory innovation sandbox, which is designed to help all tech spaces, including proptech.

Along with Charlotte’s nice weather and generally low cost of living, it has a broad innovation support system, Bokhari said. “We’ve got a lot of tools in place that aren’t just fintech, they’re really applicable to anyone that has tech in their name. The same folks in the banking and fintech world that are using the innovation regulatory sandbox that I’ve been working on for a couple of years are the same ones that are using it in healthtech and energytech and manufacturing,” he said. “That applies to proptech as well.”

Perhaps even less visible nationally are Tennessee’s proptech towns: Nashville, which is home to PASKR, a contech software startup; Chattanooga with Branch Technology, a prefabrication and technology company that specializes in large-scale 3D printing; and Murfreesboro, home to simpliHŌM, which helps home buyers and sellers with real-time information and concierge service.

Washington, D.C., has not often been identified with proptech development, though that has changed. Notable proptech firms in the nation’s capital include CoStar, Curbio, Fundrise, Latch (founded in D.C., but now headquartered in New York City) and WhyHotel.

Proptech venture capital firm Camber Creek is also based in D.C. Co-founder Casey Berman listed some of the factors that continue to make the city so hot.

“Some of the largest real estate companies are headquartered here,” Berman said. “They can incubate new ideas and are sources of entrepreneurial talent and investment capital. They are also the ideal customer base to help companies get started and eventually reach scale.”

“Industry trade groups like the National Multifamily Housing Council, Urban Land Institute, and the International Council of Shopping Centers are either based here or regularly hold events in D.C.,” he added. “These groups are another source of talent, ideas, and sales leads.”