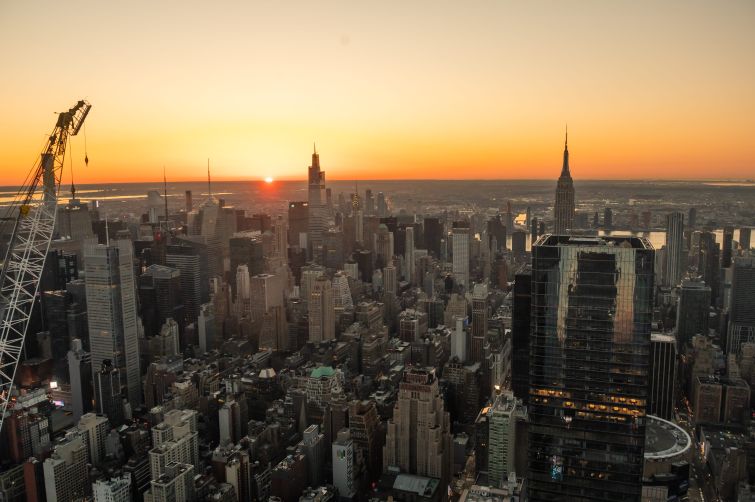 Apartment construction in the New York metro area is expected to return to pre-pandemic levels by the end of the year, according to a new report from RENTCafé.

RENTCafé expects about 19,000 new apartments to be constructed in the New York metro area before the end of the year, about the same as the 19,845 units built in 2019.

The numbers mark a strong return from the five-year low of apartment construction reached in 2020, with only 17,000 units completed, according to the report, which uses data from Yardi Matrix.

The housing market nationwide is certainly heating up, with a shortage of around 2 million single-family homes, driving would-be buyers to rent. Single-family home rental prices in the U.S. jumped 7.5 percent in June, and home values reached an all-time high median price of $357,900 last quarter.

The strongest market for new apartment construction in New York was Queens, which RENTCafé expects to deliver 3,500 new units in neighborhoods like Jamaica and Long Island City. Brooklyn took second place with an estimated 2,400 apartments to be built before the end of the year. The Bronx and Staten Island are not included in RENTCafé’s analysis of the New York metro area, which also includes several cities in New Jersey, according to the report.

Nationally, the report found that 334,000 apartment units are projected to open their doors by the end of the year, three times as many than there were in 2011, after the financial crisis hit. The projected national total is also roughly in line with 2019’s 341,000 apartment completions.

New York was the metro area with the second-most apartment constructions, next to the Dallas-Fort Worth metro area in Texas, which is expected to build 21,173 units, according to the report. But the New York metro’s projections increased from last year by 11 percent, while predictions for Dallas-Fort Worth dipped by 13 percent, according to the report.