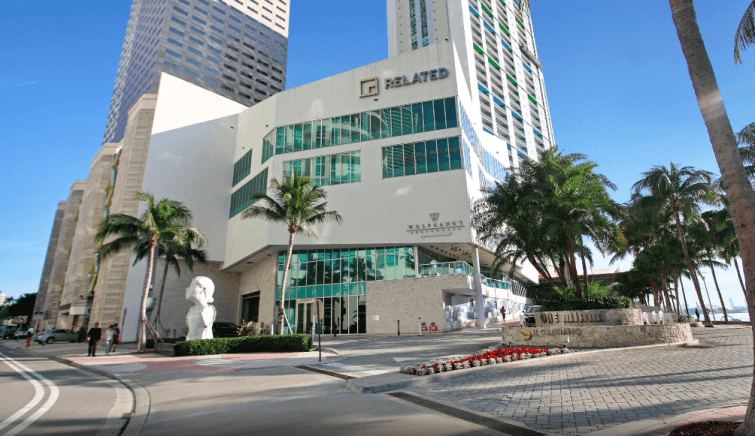 The tenant will occupy the building’s entire office space on the top two floors by the first quarter of 2022, said CBRE’s Kevin Gonzalez. The lease is “over 10 years long” and its asking rent topped out at $45 per square feet, triple net, meaning without operating expenses, Gonzalez added.

The firm will be relocating from Sabadell Financial Center, where it has been subletting space, less than two miles from its new home.

The five-story, 315 Biscayne office building is situated by the eastern tip of Downtown Miami, along the Miami River, facing Brickell Key. The first three floors of the 34,341-square-foot building hold a parking garage and 10,000 square feet dedicated to retail, formerly occupied by Wolfgang’s Steakhouse.

Related Group, one of Miami’s largest condo developers, sold the mixed-use building for $24 million earlier this summer. The firm is now based out of 2850 Tigertail in Coconut Grove, Fla., which completed construction in March 2021.

Polsinelli ranks among the top 100 largest law firms by revenue in 2020, according to The American Lawyer magazine. The firm has 900 attorneys and 21 offices across the country.

CBRE’s Maggie Kurtz and Jake Freeman were also associated with the deal. Daniel Durkin of Cresa represented the landlord. He did not immediately respond to a request to comment.