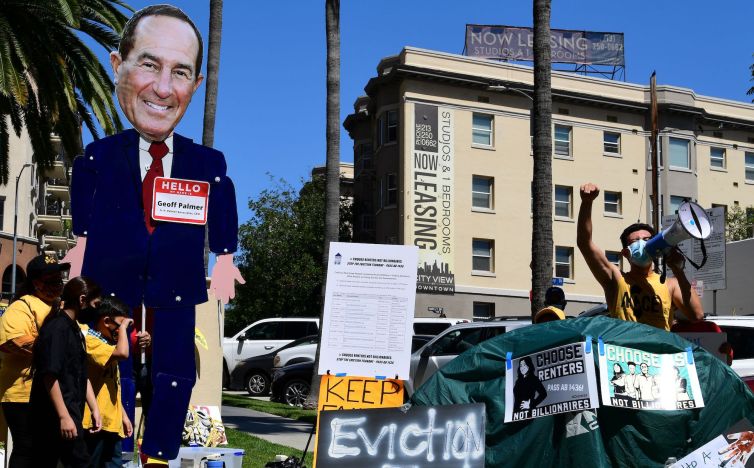 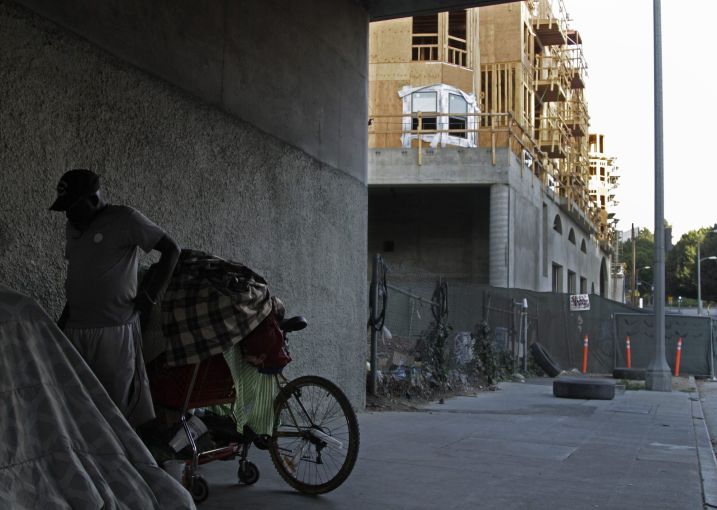 Homeless encampment under the freeway on Temple Street and Geoffrey Palmer's Da Vinci Apartments under construction in 2014. Developer Geoffrey Palmer, known for the faux Italiante apartment blocks such as the Orsini and the Medici has sued the city over its eviction moratorium. PHOTO: Lawrence K. Ho/Los Angeles Times
Previous Next

Geoffrey Palmer — one of the most prominent developers in Southern California and a big-time donor to former President Donald Trump — has sued the city of Los Angeles over its eviction moratorium, citing it for “astronomical” financial loss.

Palmer’s GHP Management Corp. alleges that 12 buildings it manages in the city have experienced more than $20 million in lost rental income because of the measure that was first introduced in March 2020, the L.A. Times reported. The firm expects that number to triple by the time the moratorium is lifted.

Lenders have also refused to finance or refinance properties managed by GHP, the firm claims in the lawsuit. Palmer’s companies say they are entitled to more than $100 million.

Similar to past challenges against the moratorium, GHP claims it violates the “takings clause” in the Fifth Amendment. The lawsuit comes less than a week after the California Rental Housing Association filed a lawsuit against the state for again extending its eviction ban, and after another group of companies challenged the national eviction moratorium, which was more recently extended to Oct. 3.