The company received financing from EagleBank and CrowdStreet 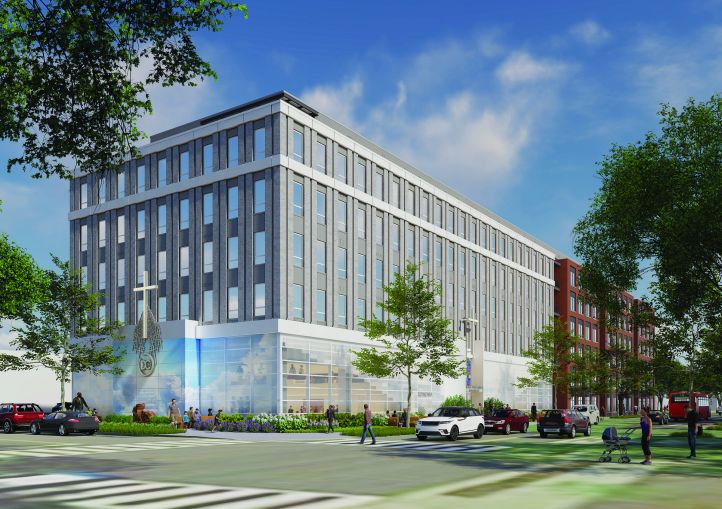 The Potomac, Md.-based company is teaming with the Bethel Pentecostal Tabernacle — Assemblies of God church on the $72 million development, constructing the seven-story building on land leased from the church in a long-term deal.

As part of the partnership, Foulger-Pratt will build a 17,000-square-foot sanctuary for the church on the ground floor of the apartment building.

“The D.C. metro area is experiencing record absorption of Class A apartments,” Cameron Pratt, Foulger-Pratt’s managing partner and CEO, said in a prepared release. “We are extremely bullish on the D.C. multifamily market in the short and long term.”

To facilitate the deal, the company sourced $16 million of equity on CrowdStreet, with 456 individual investors investing. It also received a $43.2 million construction loan from EagleBank.

This is Foulger-Pratt’s second project on the CrowdStreet platform.

“We’re pleased with the reception by retail investors and the speed and ease of the process,” Pratt said.

The transit-oriented development will be situated just a half mile from both the Navy Yard-Ballpark and Waterfront Metro stations, and accessible to I-395, I-695 and I-295.

The developers are targeting a demographic mix of professionals and couples with young kids who want to be close to neighborhood amenities, per Pratt’s statement.

According to the CrowdStreet offering, the Southwest/Navy Yard neighborhood has been one of the fastest-growing submarkets in the U.S. over the last two decades. Historically, the Navy Yard commands the highest rents in D.C.

Construction will begin in October, with initial occupancy scheduled for the fall of 2023.

Earlier this summer, Foulger-Pratt nabbed $120 million in financing to develop a multifamily community in Bethesda, Md.