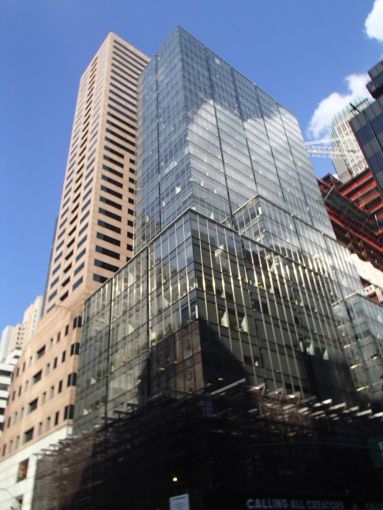 Diamond Standard Co. — a startup that creates tradable, physical coins that hold a selection of diamonds — signed a deal for 10,850 square feet at 565 Fifth Avenue for the company’s New York headquarters.

The diamond investment provider closed on the 13-year sublease in the first week of August, according to tenant broker CBRE. Asking rents were in the mid $60s per square foot. A CBRE spokesperson declined to provide the identity of the sublandlord.

“The space was in [move-in] condition, so they didn’t have to spend any capital getting into it; it was in great shape [and] it was a full floor,” CBRE’s Ben Friedland told Commercial Observer.

Diamond Standard is opening its headquarters after it sold $25 million in 5,000 coins in May at $5,000 a pop — money it used to buy more than 41,000 diamonds that it embedded in its first batch of coins, The Wall Street Journal reported. It’s attempting to allow people to buy and sell diamonds as they would gold bars.

The physical coins can also be bought and sold online because each one also holds a computer chip, making it a digital asset using blockchain — the technology that supports the digital currency, Bitcoin, WSJ reported.

“We decided to double-down on New York City when CBRE found this location, exactly in the middle of the Diamond District and Midtown Manhattan,” Cormac Kinney, founder and CEO of Diamond Standard, said in a statement.

The company’s new headquarters is owned by Stawski Partners, a real estate manager and developer that owns several properties on Fifth Avenue. The 29-story building was built in 1991 and is home to such tenants as Signature Bank, an Adidas store and a Macchiato Espresso Bar, according to PropertyShark.