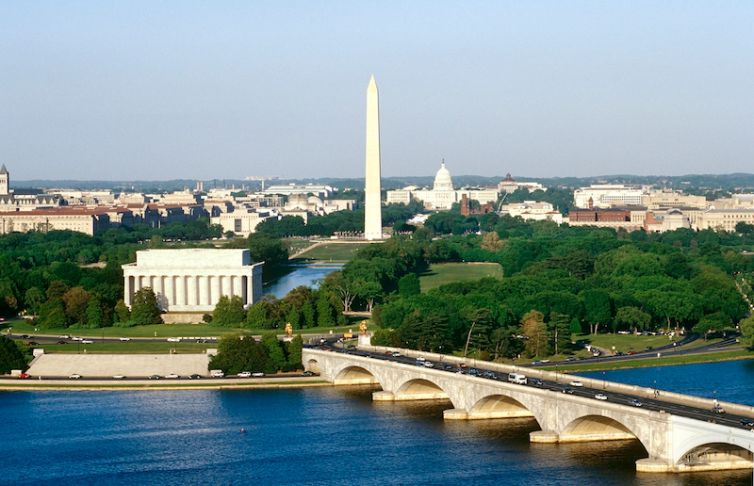 Masks are back in fashion in D.C., thanks to a new mask mandate and growing concerns over the spread of the coronavirus in the district. The renewed requirements have left some retailers, particularly the city’s gyms, frustrated with local government, while at least one fitness chain has decided to do authorities one better and require proof of vaccination.

Meanwhile, those same authorities are pondering a wider vaccination mandate for D.C. employees.

Mayor Muriel Bowser reinstated an indoor mask mandate for everyone, regardless of vaccination status, at the end of July. Violations of that mandate can result in an up to $1,000 penalty, or the suspension or revocation of a business license, according to Bowser’s order.

The decision prompted a collective of D.C. gyms and fitness centers to ask for an exemption from the mandate if they only admit vaccinated persons, DCist reported. The DC Fitness Alliance said that clients were put off by working out with a mask on, and that the requirement disproportionately impacted fitness centers. While restaurant and bar-goers can take off their masks while eating and drinking, fitness buffs must keep theirs on, the letter said.

“We are asking the city to support the fitness industry in allowing us to operate our business in a vaccine-only capacity rather than imposing a mask mandate during class, with strict documentation checks that come with the benefit of being able to work out without a mask,” the letter said.

The D.C. health department said there were no exceptions to the mask mandate, which requires that all people over the age of two wear a mask indoors, regardless of vaccination status, the department told DCist. The DC Fitness Alliance did not immediately respond to a request for comment.

Vida Fitness plans to ask its attendees to show proof of vaccination anyway, David von Storch, its president, said in a letter. He said the response to his decision has been overwhelmingly positive, with some asking why it took so long to institute a proof of vaccination requirement, according to WTOP News. Vida Fitness did not immediately respond to a request for comment.

Bars and restaurants, too, are seeing the impact of the renewed restrictions. D.C. bars and restaurants can now face fines for not enforcing masking rules, The Washingtonian reported. If an establishment violates the rule for the first time, the Alcoholic Beverage Regulation Administration (ABRA) will issue a warning, and the second violation will come with a $1,000 fine.

After three strikes, a business’ liquor license will be reviewed by the D.C. liquor board, The Washingtonian reported. While the rules are slightly less stringent than than the previous round of restrictions — which came with a $1,000 fine for first offenders and a $2,000 fine for a business’ second offense — the rules are yet another indication that the pandemic isn’t over yet.

And, neither is the mask mandate. Patrick Ashley, a senior deputy director of the D.C. health department, said the mask mandate is likely to be in effect for weeks to come, NBC reported. While health officials hope it can be dropped by Thanksgiving, that will not be possible unless more people get vaccinated, Ashley said to NBC.

The city is hoping to avoid a full mandate for city employees if possible, but would consider other strategies if the new requirement doesn’t increase vaccination rates, The Washington Post reported. The order applies to teachers, police officers and sanitation workers, requiring them to take weekly coronavirus tests or be fully vaccinated by Sept. 19. New employees, who fill job openings posted after Aug. 13, will be required to get vaccinated or get weekly tests if they have a religious or medical exemption.

The decision follows similar vaccine mandates in New York City and state for public employees and California for health care workers, with an expected requirement for California teachers coming down the pipeline.

The D.C. requirement comes after a steady increase in cases in the city, driven partly by the highly contagious delta variant and cases among unvaccinated residents, The Washington Post reported. Public health officials have stressed that the majority of new cases are coming from those who have not yet been vaccinated.

Just 55 percent of D.C. residents are fully vaccinated, and only 0.18 percent of the vaccinated population have experienced a breakthrough case of the coronavirus, according to government data.