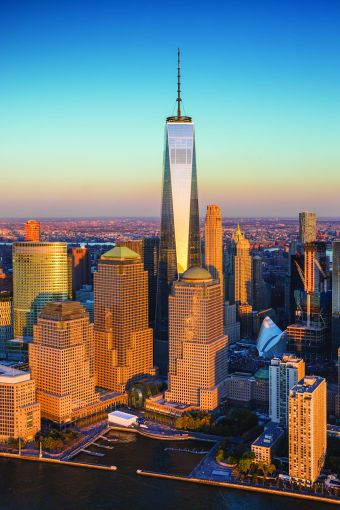 Advance Publications, parent company of Condé Nast, entered into a long-term sublease with Constellation to take 48,000 square feet of Condé Nast’s space, the New York Post first reported. The deal comes as the media company, which publishes Vogue, Vanity Fair and The New Yorker, is trying to unload office space at the tower after settling its nearly $10 million in back rent with its World Trade Center landlords.

Constellation Agency is relocating from Pacific Oak Capital Advisors’ 32-story office tower at 110 William Street. Asking rents for the sublease space are in the $60s per square foot, the Post reported.

“The leasing momentum for the Advance space at One World Trade Center highlights the superior quality of the design and the growing interest in Lower Manhattan by technology and creative firms,” JLL’s Peter Riguardi, who was part of the team that handled the deal for Advance, said in a statement.

Constellation’s deal comes after social networking site Reddit, which Advance is a major shareholder of, relocated from several New York locations to take 40,000 square feet on the 33rd floor of One World Trade.

The publisher first signed a 25-year deal with the Port Authority of New York and New Jersey and the Durst Organization in 2011 for 1.2 million square feet of space at the 104-story skyscraper, Commercial Observer reported. But, after the pandemic hit, it withheld $2.4 million in rent from its landlords in January and looked to reduce its square footage, though it had been attempting to shrink its footprint at the tower since 2018, when it put 350,000 square feet on the sublease market.

By May, the Port Authority claimed that the media giant had withheld about $9.6 million in rent from January through April — millions it has now paid back after the dispute with its landlords was resolved in early August. JLL is working to sublease the remaining space with Durst ahead of the publication’s Sept. 7 return to the office.