There are a lot of benefits to both, the CEO says 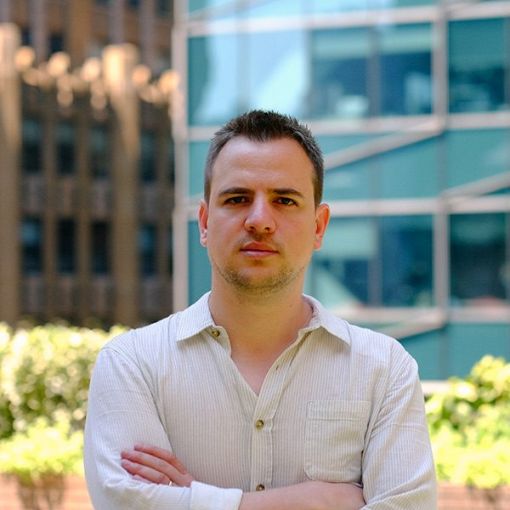 One of the questions waiting to be answered in the “new normal” is the place that coworking will have in it. Not everyone can afford to rent office space for anywhere from five to 25 years.

During the COVID interregnum, we learned that people can do their jobs from the kitchen table, or from couches, just as much as they could from an office, whether it’s rented for a week or a decade. It was particularly bad news for the fledgling coworking industry, which relied upon entrepreneurship and the willingness of workers to get on subways and buses to rub shoulders with people they barely knew.

The consensus appears to be that coworking will have some place in the post-COVID cosmos — startups are still going to need a place to start up that’s not people’s kitchens — but exactly what that place is, well, that’s still a subject of intense data-crunching.

L.D. Salmanson’s living is based on knowing where commercial real estate is trending. As the CEO and co-founder of startup Cherre, he sells a commercial real estate data and analytics platform that aims to paint  complete pictures of properties for investors. As a startup, he has personal experience with the options that are out there for small firms like his that are trying to have an impact on the market, where they can ply their trade, and where they can put people to work.

It can get dicey, if yours is not an established firm and you don’t really know how many people you might employ in the next year, never mind in five years. Earlier this month Salmanson explained his situation to Commercial Observer. His remarks have been edited for brevity and clarity.

Commercial Observer: Where do you get Cherre’s data from, what do you do with the data? It sounds like you take raw real estate data, and you put it into a format that is actually useful to your clients, who are basically real estate investors and real estate-owning companies.

L.D. Salmanson: That’s right. So, just a little background, we started this about five years ago after we had sold a previous company to Oppenheimer. And we raised about $75 million so far from some really great investors. We’ve been growing really fast, we have a really great group of clients,

What we really did for them is find a way to connect all their data, both external and internal. The challenge they really have is all these data vendors that they want to buy like Trepp and RCA (Real Capital Analytics) and Reis and Compstak and many many others, are all great data vendors in their own right. It’s not either or. They’re all good for different things, but they don’t speak to one another. They collect their data in very different ways.

You can find assets that are off-market. Looking at assets that are on-market, I think that for the first time, you will be able to do two things. One is you can very quickly analyze the asset faster than my peers, and, more importantly, I can see which assets can outperform our peers, and I’m willing to pay more for it. An asset might look cheap to me, but when I ask you to look at its performance, they might underperform, and you really shouldn’t be paying that, even if it is, quote-unquote, cheap.

Remember, if you buy them, you have to manage them. Unfortunately, the management of assets, how they are performing versus my budget, that’s a giant operation, a lot of people have to do things manually. There’s a whole army of people that have to build reports on a monthly, quarterly basis.

Cherre collects everything on a real-time live dashboard — everything I own, where do I own it, how is it performing — from the top of the portfolio down to the smallest assets.

Walk me through what happened between you guys and Knotel.

I’m a really big believer in Knotel’s model [providing turnkey space on a short-term basis to companies that want to have a space to call their own]. I think it’s very unfortunate what happened to them. [It went bankrupt and was bought out of bankruptcy by the real estate brokerage Newmark. Newmark and Knotel did not respond to requests for comment. Observer Capital, led by Observer Media Chairman and Publisher Joseph Meyer, is a Knotel investor.] I think they suffered from bad leadership. But, generally, I’m very bullish on the concept.

The concept was pretty straightforward. In a traditional lease, I’m going to take a space for seven to 10 years. And the reason that was the case was because anything shorter than that, when I want to go raise capital from that building, or finance it in any way, the lender is going to say the shorter the lease, the more risk I’m taking on as a lender. Whereas the longer the lease, the more stable that lease is.

If it’s a one-year lease with a company that might be gone tomorrow, that’s kind of a risk. Capital markets traditionally reward long-term leases with big brand names — five- and 10-year leases with a lot of collateral around them.

That’s great, and that’s typically the way the market has behaved for a very long time.

On the other end of the spectrum, I don’t really think of Knotel as coworking. Coworking is Convene or Industrious or WeWork. All those companies also deal with us. I’m not speaking of that. Some people don’t need an office for whatever reason, or they don’t need a permanent office. They just need a little space.

Convene and WeWork and Industrious provided a really good experience: This is your office, this is your space to come work; it’s got coffee, it’s got beer, it’s got all the amenities you need, there’s some social life here maybe. It’s a nice place to go. There’s a market for that; I don’t know how big it is.

There’s a lot of reason to think there might be more of that because of COVID. A lot of people need a permanent office. It’s up for discussion.

In between, there’s something else, which is what if I want a two-year lease? I don’t know where I’m going to be in a year. That’s a very, very big and meaningful market.

We’re a startup. We’re growing very fast. We have more people on staff, but we don’t need more space, because not everybody is coming into the office. Offices in New York City, I can tell you from our data, are somewhere between 20 and 30 percent occupancy, best-case scenario. In major cities across the U.S., we’re still somewhere below 30 percent. Before COVID, occupancy was in the low 80s.

When people say full occupancy, they really mean 80-something percent, for the market. We may never go back to that.

When COVID hit, we were already having some challenges with Knotel, because they had some of their own problems internally with the management team there. We made a decision as a company that, while we could get out of our lease, and while we could stick Knotel with “Hey, it’s your problem, we’re not paying,” we made the decision that we want to be good. We’re part of the real estate world. It’s not the landlord’s fault that COVID hit. If that’s the case, what would we want us to do if we were in their shoes?

We’re going to continue paying. I don’t regret that decision for a second.

The problem is I had a feeling that Knotel was being mismanaged, so I had a suspicion that they were going to go under anyway. When COVID hit, it was 100 percent obvious for us that Knotel wasn’t going to be around for long.

So we went immediately to our landlord, and said, “Hey, landlord, we’re going to honor the lease. If Knotel goes under, don’t worry about it. We’ll work it out with you directly. “

They said, “They haven’t been paying us every month.” So we ended up being the good guys, we were sending our expenses to Knotel, and Knotel wasn’t passing the checks on to their landlord. So I got angry. So we went directly to the landlord and said, “Listen, kick them out. And we’ll work out the lease with you directly.”

Who was the landlord?

The landlord is PennBus Realties, but we worked with a very well-known management company, Olmstead Properties. The building is on 39th and Eighth [575 Eighth Avenue]. It’s a solid B-class building. But the entrance is on the main avenue, it’s not a side entrance. So it’s kind of the highest end of the Bs. And it’s very well-maintained.

So in your case you were able to work out a flexible arrangement, a short-term lease, and the landlord was willing to do that.

We negotiated with Olmstead, the manager. And they went back and forth with PennBus, and they signed off.

We worked out a three-year lease with them. And they quickly adhered to a couple of options, and they basically said, “This is going to sit empty for the next two years, it’s one of the worst areas of the city right now. We’ll sign right now with you today. And we’ll take it for three years.”

And we got a really, really good rate,  a fraction of what we paid originally. Literally, an 80 to 85 percent lower rate. I don’t want to give the exact number.

Now you guys weren’t the only ones doing this. A lot of users are leaving the middleman behind and negotiating directly with their landlords. What evidence do you have of that?

Generally, it’s a lot easier for a landlord to provide this type of service then it was two years ago. There are endless companies that can drop in phone booths or conference rooms by Herman Miller. There’s another company, Eden, that will set up a space for you.

So, if I’m a landlord, if I want to be able to activate space for a return, it’s very easy to offer that space directly to the tenant without having a Knotel or another company in the middle. I can go directly to them and get that same service. And it’s going to be cheaper, because I’m talking directly with the owner of that space, and I don’t have to go through a middleman.

The only challenge that’s left is that to be part of the conversation, the capital markets still reward longer-term leases a lot more than shorter-term leases. So, right now, there’s a lot of empty space; they’ll do whatever they can to activate the space.

In the longer run, I expect the capital markets to start getting more comfortable with shorter-term leases, seeing that these kinds of leases are more ironclad, to see that they can be turned over, and they will be rewarded.