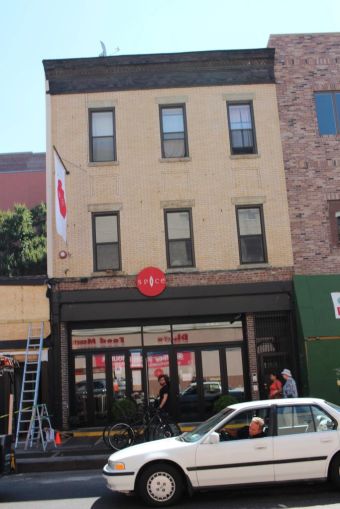 Queens Sichuan eatery Hupo — which was recently included in the Michelin Guide as one of the best affordable restaurants in the city — will open a second outpost in Boerum Hill, Brooklyn, Commercial Observer has learned.

Hupo signed a 10-year lease for 2,250 square feet at 191 Smith Street between Baltic and Warren streets, according to tenant broker James Monteleone of All Points Real Estate. Asking rent was $80 per square foot.

The Chinese eatery opened its first location in 2019 at 10-07 50th Avenue in Long Island City, Queens, and was one of 131 restaurants around the city that made the Michelin Bib Gourmand list of affordable eats this year.

Hupo will take over the space formerly occupied by gastropub Fawkner, which closed suddenly in 2019 after nearly four years in business, Patch reported.

“Smith Street has always been considered Brooklyn’s ‘Restaurant Row,’ and is now experiencing a tremendous increase in business with re-openings and new eateries,” Monteleone said in a statement. “Hupo will be a great addition to the area.”

“We had many tenants interested in the space as it was previously a bar, as there’s been a strong demand among tenants looking for second-generation space,” Fishbach said in a statement. “The property’s prior use will allow for the restaurant to open more quickly, coupled with its stellar neighborhood location made it an ideal choice.”