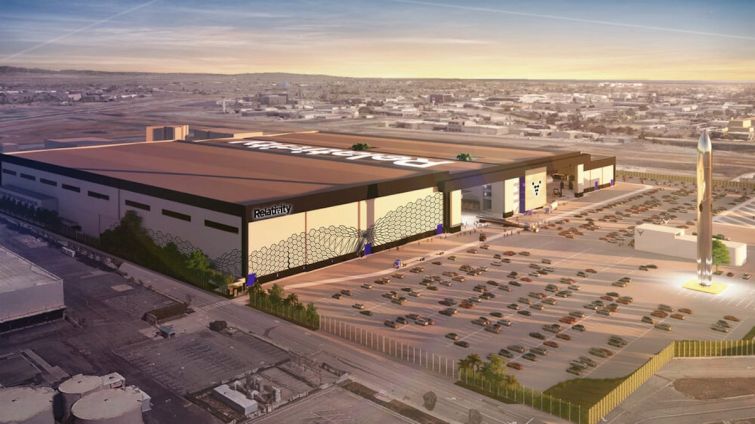 Prepare for takeoff, because this deal could send your head into orbit.

Relativity Space, an aerospace company that was the first to 3D-print an entire rocket, is expanding its operations with a 1 million-square-foot lease for its new headquarters at the Goodman Commerce Center in Long Beach, Calif.

The company will take over the 93-acre former Boeing C-17 manufacturing plant owned by Goodman Group that was recently renovated with Gensler. It will be utilized for continued production of Terran R, an entirely 3D-printed rocket, and it advances the company’s long-term vision of upgrading “humanity’s industrial base on Earth and on Mars.”

Relativity’s headquarters has capacity for more than 2,000 employees, 3D printers, a mission control center, and the company’s proprietary Stargate 3D printers. The company currently employs more than 400 people after growing by 300 percent over the last year, and it is on track to hire more than 200 additional employees by the end of 2021.

“Securing this space for Relativity Headquarters, which is now one of the largest facilities in private space, right here in Long Beach, is key for scaling out our Terran R program, while also continuing to tap into the unparalleled talent here to join us on our mission,” Tim Ellis, CEO and co-founder of Relativity, said in a statement.

As part of Long Beach City Council’s recently passed Globemaster Corridor Specific Plan, the new Relativity headquarters is part of 437 acres of land west of the Long Beach Airport that will be transformed into a modern business district.

From Northrop Grumman to Raytheon, the aerospace and aircraft industry has long had a significant presence in Southern California, spawning first in El Segundo around World War II. Many of those companies are still around, now joined by others like Virgin Orbit and SpaceX in Long Beach. Relativity’s facility is also near the twin ports of L.A. and Long Beach, which are the two largest in the Western Hemisphere and, together, handle more than one-third of all containers coming into the U.S.