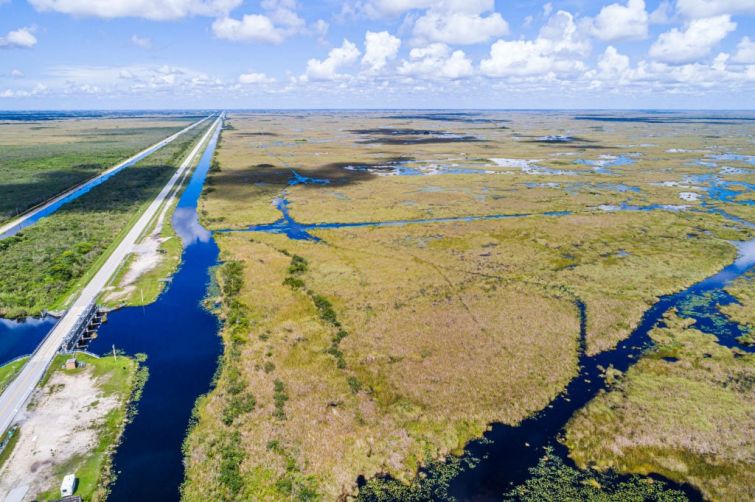 As Miami-Dade County’s population grows, so does the pressure to move the urban development boundary (UDB)— a line that designates where urban development is allowed and where it is prohibited, or severely limited, such as in agricultural zones.

Developers and some local officials are eager to expand the boundary to allow for more industrial and residential development, but concerns about the impact of increased development on the environment could stand in their way.

In May, County Commissioner Kionne McGhee sponsored an amendment to the County Development Master Plan (CDMP) that would expand the UDB enough to accommodate development of an industrial park near Homestead, Fla. And a number of developers submitted applications within the last month in an effort to change the designations of their mostly agricultural lands to include them in the UDB, by moving the boundary further south or west.

The list of developers includes Terra 137 LLC, which has plans to build an 850,000-square-foot distribution and logistics center in Miami’s West End, to be called Everglades Gardens. The property would be located at SW 8th Street and 137th Avenue in the north central tier of the county, and is currently designated as “open land,” which, in this case, means predominantly wetlands.

Then, there is TC MC Homestead, which wants to open up 51 gross acres in Florida City, which is just southwest of Homestead, to residential development. The developer proposed changing the designation from its current “estate density” to low-medium density, which calls for 10 dwelling units per acre.

It has been nearly eight years since the line was last moved and developers are getting itchy, partially because they’re running the clock against climate change. “Land owners may feel that they only have 20 to 30 years to develop,” said Laura Reynolds, an organizer of the advocacy group, Hold the Line Coalition. After that, “30-year mortgages and flood insurance will be too hard to get, if available at all, because of sea level rise.”

McGhee’s proposed amendment called for the inclusion into the UDB of approximately 790 acres of farmland near the Homestead Air Reserve Base in south Miami-Dade, and redesignating it as light industrial. The land would then be called the South Dade Industrial and Employment Zone. In addition to passing the amendment, the developers would also have to go through the rezoning process. McGhee said he is championing their cause because he believes the new facility will create jobs for thousands of workers. (The amendment has been deferred indefinitely.)

But, according to a report on the UDB that Miami-Dade County put out in early May, there is enough existing land to do that. “Within the UDB, there is sufficient capacity of industrial land county-wide,” the report states. In southwest Miami-Dade, available industrial land is expected to run out by 2030, while the rest of the county has until at least until 2040.

Developers are not only looking to build industrial properties. Among the developers who submitted applications to expand the UDB were housing developers Limonar Development and Wonderly Holdings. The companies are partnered on a 320-acre, mixed-use development that will have three sectors — residential, industrial and county wellfields — from which the county gets its drinking water.

Francisco Pines, attorney for Limonar and Wonderly, said that he and his clients have been working for years on a plan to build a “Green City,” following the template created by the county, which takes into account environmental concerns. The site will also have a 40-acre buffer on each side of the wellfields for park space. “This development is needed,” said Pines, “because, according to the county’s own studies, there is a deficit of affordable housing.”

There are a number of issues that environmentalists are concerned with, should the county allow the UDB to be expanded in southwest Miami-Dade — primarily, the effects it could have on the pollution of Biscayne Bay, which is already in peril.

“Miami-Dade has a master plan that creates the rules (for development), which tries to balance environmental needs with the (other) needs of the county,” said Paola Ferreira, executive director of the Tropical Audubon Society in Miami. The UDB is the main feature of the CDMP that protects the Everglades and Biscayne Bay.

The land that Commissioner McGhee wants to designate for industrial development is located in an area that may be included in the UDB at a later date, if more development is needed, and most of it is in the coastal high-hazard zone, Ferreira said. As such, it could only be used for non-residential uses. If McGhee’s amendment or a similar one is accepted, there is a cost to the county to provide flood protection, she said. More urgently, development means losing farmland, which has a permeable surface and recharges the drinking water aquifer. Losing that farmland would increase pollution that gets into Biscayne Bay.

“A substantial amount of the Miami-Dade economy is based on natural resources, like the beach and the ocean, but if we have toxic pollution and fish kills” because of pollution in our waterways, tourists and potential residents won’t want to come here, said Ferreira. “Because Biscayne Bay is in a lot of trouble already, the county has approved a task force for the bay and recommendations may include changing the CDMP.”

Another threat to southwest Miami-Dade’s environment is the possible creation of a cargo airport at the Homestead Air Reserve Base.

Last October, Miami-Dade County negotiated a joint-use agreement with the United States Air Force to allow the Homestead base to become a general aviation airport, leaving open the possibility that the county could later allow the air base to become a commercial operation, she said.

“Once Homestead becomes a cargo airport, the environment will be at greater risk than before, because the air base is located between Everglades National Park and Biscayne Bay,” said Ferreira. Such a development would interfere with the work of the county and federal governments, which are jointly working on the Comprehensive Everglades Restoration Project.

While environmentalists rail against overdevelopment in Miami-Dade, Edison Vasquez, managing member at ComReal Doral, an industrial brokerage company in the county, thinks that the proposed industrial development is important for the economic well-being of the area. “Moving the UDB always brings up concerns about the environment, but the benefits to the county, especially the continued growth of the industrial market,” is important, he said.

It is a delicate balance that county officials have to tread, as they attempt to accommodate economic growth, while protecting the environment that makes Miami-Dade so desirable.