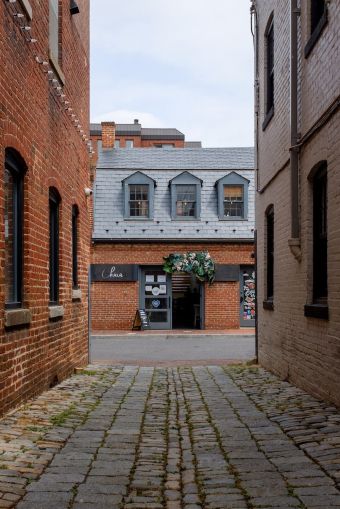 Chaia, a popular vegetarian taco restaurant in D.C., is opening a pop-up location in Bethesda, Md. It’ll include the same plant-based menu as its two D.C. locations, as well as a kid-friendly menu designed to get kids to eat their veggies.

The fast-casual taqueria, with locations in Georgetown and Chinatown, has signed a 1,100-square-foot lease at 7237 Woodmont Avenue with landlord Federal Realty Investment Trust. It will open this fall next to Landmark Theatres‘ Bethesda Row Cinema.

“We’re joining a community that’s as passionate about health as we are, making Bethesda the ideal location for us to test fresh ideas that will move our mission forward in a big way,” Bettina Stern, Chaia’s co-founder, told Commercial Observer.

“Specifically, we’ll be located near an array of fitness offerings, with the likes of Equinox, Pure Barre and SoulCycle as our neighbors. We’ll also be in close proximity to where walkers, runners, and bikers access the Capital Crescent Trail,” she said.

Originally starting as a farm-to-taco stand at farmers markets in the District in 2013, co-founders Suzanne Simon and Stern have encouraged people to eat more plants to protect the environment.

“After the toll the past 18 months has taken on neighborhoods across the DMV, the presence of our mission-driven, locally grown small business in Downtown Bethesda — a center of commercial activity — sends an important signal that people are hungry to rebuild their communities in a meaningful way,” Simon said.

Just like the other two brick-and-mortar locations, the Bethesda restaurant will feature a menu of seasonal tacos, enchiladas, quesadillas, sweet potato nachos, and — for the first time — a kids meal with an emphasis on getting children to eat more vegetables.