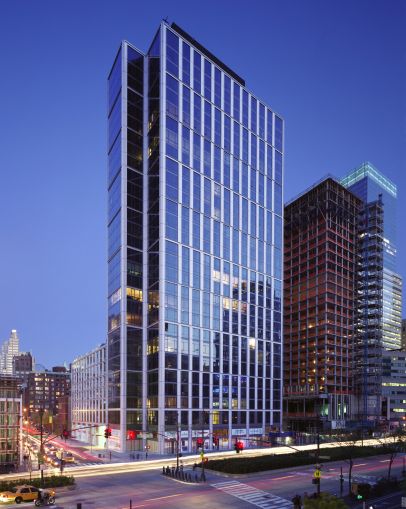 The city that never sleeps is about to sleep a little sounder, as Mattress Firm plans to open a flagship store at 200 Chambers Street, Commercial Observer has learned.

Mattress Firm signed a lease for 3,437 square feet at Jack Resnick & Sons’ 30-story Tribeca building, according to the landlord. A spokesperson for the landlord declined to provide the terms of the deal.

Built in 2005 and completed in 2007, 200 Chambers was Tribeca’s first luxury high-rise development, replete with  258 condominium units. The unit slated for Mattress Firm once held medical offices, though it has remained vacant for the past few years.

With plans to open this fall, Mattress Firm’s Tribeca location marks an expansion of the company’s metropolitan presence. While New York City houses 12 stores spanning mid- to upper Manhattan, the 200 Chambers location will be the first to include interactive and digital displays catered toward individualized sleep experiences.

“Mattress Firm’s innovative new concept store will serve as a welcome additional amenity for the increasing number of young New Yorkers and families who have made Lower Manhattan their home over the past two decades,” Jonathan Resnick, president of Jack Resnick & Sons, said in a statement. “Mattress Firm’s commitment to opening this location at this time also serves as another vote of confidence in New York City’s future.”

In finding a home on Chambers Street, Mattress Firm will join the likes of The Palm steakhouse, the combination of which will appeal to anyone who shops — or sleeps — up an appetite. The space directly adjacent to Mattress Firm still remains vacant, however, and is available for lease, according to Resnick’s Delgorio.

A spokesperson for Newmark did not respond to a request for comment.