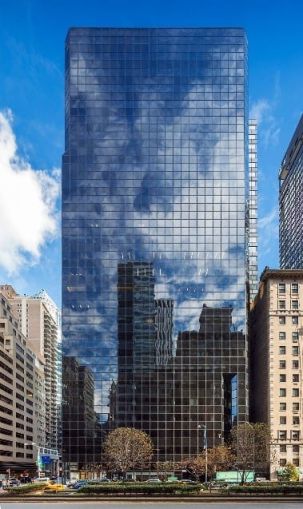 The bank signed an 11-year renewal for its 5,684-square-foot representative office at American Realty Advisors’ 27-story building between East 59th and East 58th streets, according to tenant brokers Cushman & Wakefield.

A C&W spokesperson declined to provide the asking rent, but a source previously told Commercial Observer they range from $95 to $135 per square foot at 499 Park.

The Frankfurt-based Deutsche Bundesbank serves as the central bank for the European Union’s most populous country. It has two representative offices — tasked with reporting on the area’s economic development and financial system — in New York City and Tokyo, according to its website.

C&W’s Troy Elias and Aron Schreier represented the bank in the deal, while Paul Amrich, Neil King and James Ackerson of CBRE handled it for the landlord. A spokesperson for CBRE declined to comment.

“Deutsche Bundesbank has been an important tenant of 499 Park Avenue since 1986 and is looking forward to calling it home for another decade,” Elias said in a statement.