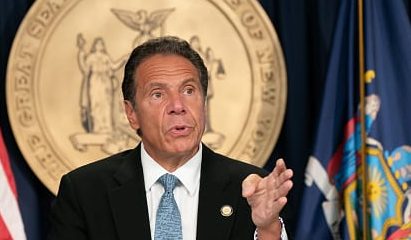 New York Gov. Andrew Cuomo has lost the support of some of his major donors ahead of his reelection campaign, as the state investigates accusations of sexual harassment and the federal government investigates how his administration handled COVID-19 deaths in nursing homes, The Wall Street Journal reported.

Cuomo raised $2.3 million in the past six months — surpassed by his Republican rival, U.S. Rep. Lee Zeldin, who raised more than $4 million — the second-smallest amount that Cuomo has secured in any similar period, according to campaign finance disclosures and WSJ.

Real estate developer and casino owner Jeff Gural, who previously gave $175,000 to Cuomo’s campaigns, is among the defectors. Gural is not listed among Cuomo’s more than 2,000 individual donors, according to campaign finance records. That’s because he doesn’t like the way the governor did business in the past and has felt threatened to donate in the past, he told WSJ.

“He’s smart, but he’s a bully and his tactics are a disgrace. And people should know how he runs the state,” Gural told WSJ.

Gural said he disliked how the state decided to legalize mobile sports betting and was concerned about the reports of harassment — which Cuomo has denied, per WSJ. The international head of the Transport Workers Union, John Samuelsen, also criticized Cuomo after disputes over how the Metropolitan Transportation Authority should be run, WSJ reported.

The 79-year-old Gural said Cuomo’s campaign solicited a $2 million donation from a group of racetrack operators that Gural is a part of, and, when the group declined, each operator received a letter saying that their racetrack licenses could be rebid, WSJ reported. Former New York Lottery director Gordon Medencina told WSJ that he felt the letters were a hollow threat to not oppose the governor’s casino strategy.

Meanwhile, former Morgan Stanley CEO John Mack and Home Depot co-founder Ken Langone both decided to contribute to Cuomo’s challengers after previously giving to the governor, WSJ reported. Mack contributed $20,000 to Rob Astorino and Langone gave $25,000 to Zeldin, the current GOP frontrunner who announced his bid for governor in April, according to WSJ.

The governor’s office and Gural did not immediately respond to requests for comment.