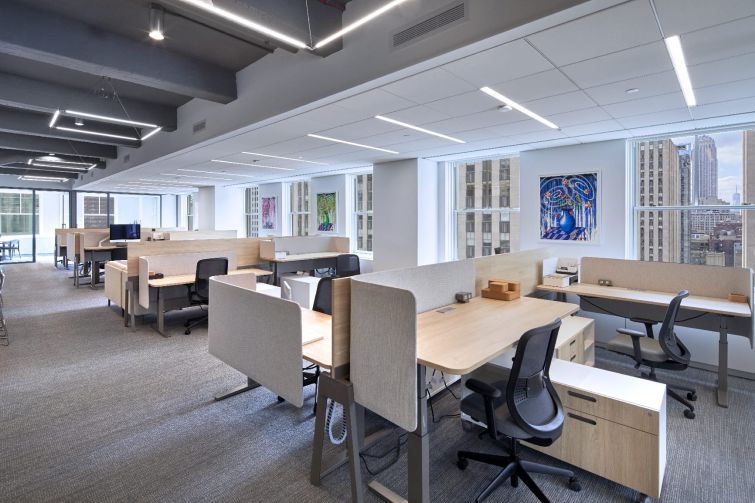 The investment management firm signed a 10-year deal to relocate its offices from 90 Park Avenue at to 6,700 square feet at 75 Rockefeller Plaza, according to landlord RXR Realty.

Crestline will take up part of the 21st floor of the 33-story building. Asking rent was in the mid- to high-$90s per square foot.

“A number of things factored in the [deal],” RXR’s William Elder told Commercial Observer. “The prominence of the building, location … [and] a 7,000-square-foot tenant does not get lost here.”

Crestline will join tenants, including Bank of America and the Merrill Lynch Group, at the Midtown office building, located between West 51st and West 52nd streets. The investment management firm closed on the deal around June 30, Elder told CO.

The building’s location and flexible space were two reasons why 75 Rockefeller was a good fit for Crestline, said Elder. The space was pre-built on a grid, allowing a company to adjust their space to an open floor plan or individual offices in just three days, letting Crestline move in immediately said Elder.

“Over a weekend, we can come in, take all the walls out, and it’s [an] open [floor plan],” Elder said. “They come back on Monday, [and the] furniture systems are in [and the] walls are gone …  Conversely, if somebody is all open and they want offices, we can go in and do that same thing. No permit, 72 hours, done.”

Update: This story has been updated to show that Crestline is relocating from 90 Park Avenue, not the Seagram Building.