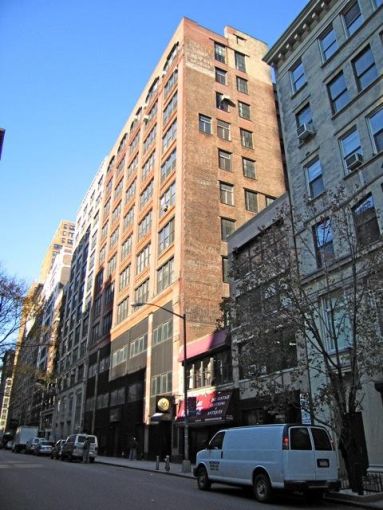 Cockroach Labs — the fast-growing startup, not some manifestation of the fast-multiplying insect — is expanding.

The startup, founded by a group of former Google employees, took 65,000 square feet of office space at 125 West 25th Street in Chelsea, Crain’s New York Business reported. Peloton is subleasing the seventh through 11th floors to Cockroach Labs, which will occupy the space by the end of October, according to Crain’s.

The terms of the deal, which closed earlier this year, were undisclosed and Cockroach Labs did not immediately respond to a request for comment.

Peloton shifted its headquarters to 312,000 square feet at 441 Ninth Avenue after striking a deal to move in 2018. The fitness company did not immediately respond to a request for comment.

Bug-branded Cockroach Labs — which provides data storage for clients, including eBay and Comcast — plans to grow from 300 employees to 500 by the end of this year, and complete leases for new offices in San Francisco and Toronto, Crain’s New York reported. The company is relocating from 16,900 square feet at 53 West 23rd Street.

The company’s new lease comes on the heels of the insect-themed firm raising $160 million in a venture capital deal earlier this year that valued Cockroach Labs at $2 billion — money that the company decided to invest in a Manhattan headquarters, Crain’s reported.

Swiss pension fund AFIAA owns the 138,000-square-foot building at 125 West 25th between Avenue of the Americas and Seventh Avenue. The company purchased the building from Normandy Real Estate Partners for $150 million in 2016, which was triple its 2013 price. AFIAA did not immediately respond to a request for comment.

Update: This story has been updated to include the names of the brokers who represented Cockroach Labs and Peloton in the deal.