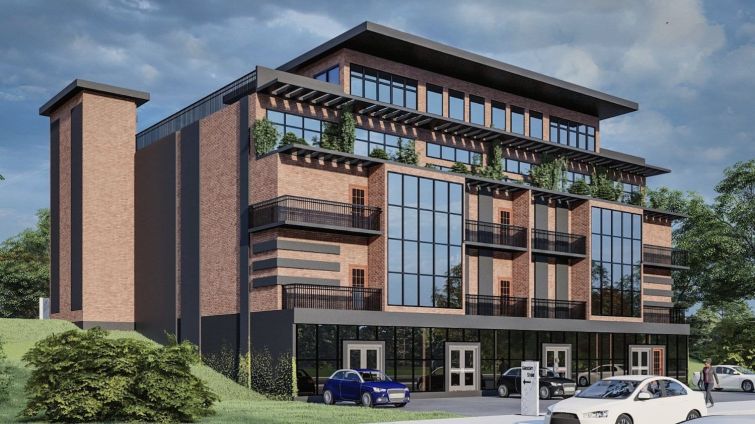 A rendering of the Sheriff Road Housing, Office Space & Grocery in Ward 7. Rendering: By Medici Road

Capital Impact Partners, a nonprofit based in Arlington, Va., has launched a $20 million fund and grant program to help emerging real estate developers of color in the District.

“In the broadest sense, this is an initiative that brings developers of color to the real estate development table, where they haven’t really been a critical piece of what happens in terms of the built environment in the DMV,” Diane Borradaile, Capital Impact Partners’ chief lending officer, told Commercial Observer.

The initiative, called the Diversity in Development DMV Loan Fund, is directed at projects that will create affordable housing and community facilities in the District.

Two community development projects have already been approved. The first is Sheriff Road Housing, Office Space & Grocery in the District’s Ward 7. In that deal, Thomas Houston and Talayah Jackson of the nonprofit Medici Road received a nearly $1 million loan to acquire a vacant lot in the Deanwood neighborhood in Ward 7 to develop a 17,000-square-foot building containing 12 affordable housing condo units, retail and office space.

“Capital Impact has been very proactive and diligent about their organization’s racial equity journey and what that means for the products they are developing and the people they are serving,” Houston said in a prepared release. “They are mission-aligned with us, and that is another reason I encourage other Black developers to work with Capital Impact.”

The second project approved for funding is the Alabama Avenue Apartments, a proposed three-story, 86-unit affordable housing community in Ward 8, led by Durrani Development Corporation, whose principal, Mustafa Durrani, came to the U.S. as a political refugee at the age of 3 and grew up in Northern Virginia.

Capital Impact is providing a $2.475 million acquisition loan and a $900,000 predevelopment loan for the project.

“As a developer of color focused on nontraditional projects that create unique opportunities to expand affordable housing, it can be a challenge to secure capital,” Durrani said in a statement. “Capital Impact’s Diversity in Development – DMV Loan Fund fills a necessary gap in the marketplace by focusing on mission-based projects that support community needs while also ensuring they can be built in a cost-effective manner.”

The new DiD-DMV Fund follows the successful launch of a a similar initiative in Detroit last year.

“The uses of the capital are somewhat different because the real estate need is different in the DMV, but it’s the same idea through less-conservative terms and conditions,” Capital Impact’s Borradaile said. “With our debt capital, we are able to help the emerging developers of color realize efficient proceeds, without having to really struggle to find that equity capital, so they don’t have to go to hard money lenders and things like that.”

According to Borradaile, the entire fund is expected to be handed out over the next three years.

“We think there’s a robust enough market in the DMV that will allow us to lend the $20 million in the time we have targeted,” she said. “But it’s not 100 percent predictable how quickly or slowly the money will go out the door.”