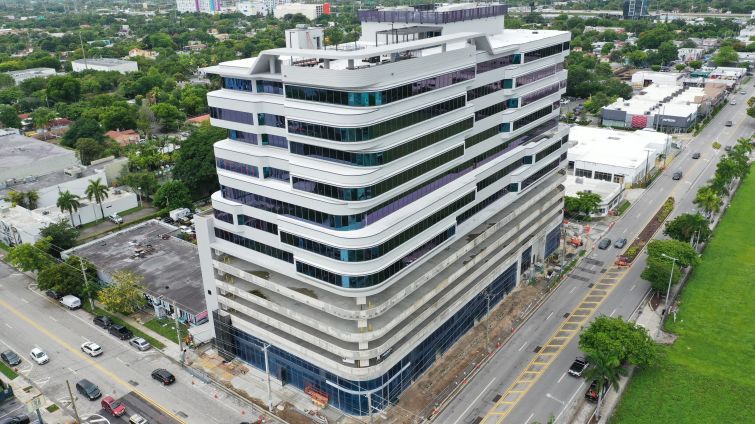 Veru, which researches new medicines for prostate and breast cancer, is relocating its headquarters to 12,155 square feet at R&B Realty Group’s Gateway at Wynwood in Miami.

The oncology biopharmaceutical company is the first tenant announced for The Gateway, said a spokesperson for the building. It signed the deal on June 25.

Veru’s eight-year lease at the 195,000-square-foot building triples the company’s current office space. Asking rents are $60 per square foot at the Gateway, said the spokesperson.

“We are excited that Veru chose our new Class A office building for their global headquarters,” R&B Realty’s Shelby Rosenberg said in a statement. “This lease highlights the increasing demand for quality office space in the Wynwood area.”

The 2916 North Miami Avenue property, which offers 25,900 square feet of retail space, is expected to be completed by the end of this year. Veru plans to move in by the second quarter of next year, according to a press release from the developer.

“As a high-tech company, we view both The Gateway at Wynwood and the Wynwood neighborhood itself as the perfect fit for Veru, as both are also cutting-edge,” Mitchell Steiner, chairman, president and CEO of Veru, said in a statement. “We believe that Wynwood’s eclectic mix of commerce, culture, restaurants and technology provides the ideal location to enable Veru to continue to grow and flourish as a global leader in oncology therapeutics.”

R&B Realty assembled the property for The Gateway in 2016 for around $17.5 million, according to the South Florida Business Journal.

Colliers’ Stephen Rutchik, Tom Farmer and Tyler de la Pena handled it for R&B Realty. Veru was represented by JLL’s Vivian Gonzalez. The brokers for the landlord did not immediately respond to a request for comment, and Gonzalez declined to comment.