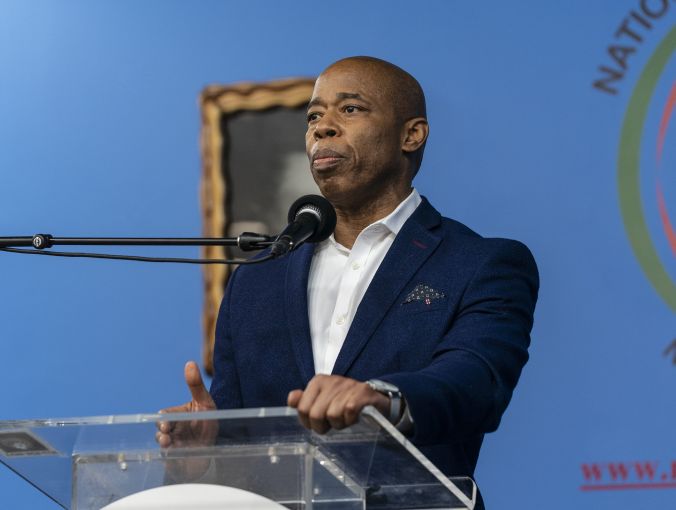 Brooklyn Borough President Eric Adams won a slim victory over former sanitation commissioner Kathryn Garcia in the city’s mayoral primary after the New York City Board of Elections released another round of ranked-choice voting results on Tuesday night. The Associated Press called the race for Adams at 8 p.m. on Tuesday night.

De Blasio administration lawyer-turned-MSNBC commentator Maya Wiley was eliminated in this round of voting and Gracia conceded on Wednesday morning. Barring any major lawsuits or additional absentee ballot dumps, it appears that Eric Adams may be the city’s next mayor.

“I grew up poor in Brooklyn & Queens,” Adams tweeted Tuesday night. “I wore a bulletproof vest to keep my neighbors safe. I served my community as a State Senator & Brooklyn Borough President. And I’m honored to be the Democratic nominee to be the Mayor of the city I’ve always called home.”

New York City voters have waited with bated breath for results since they cast their ballots two weeks ago on primary day, June 22, in the city’s first-ever ranked-choice election. New York’s mismanaged Board of Elections has also struggled for years to run proper elections in the five boroughs, and this year was no exception.

The BOE admitted last week that it had accidentally included 135,000 fake test ballots in its initial round of results, slightly throwing off the vote percentages. It reran the first few rounds of voting, and Adams remained in the lead with Garcia gaining on him.

Adams is also the most real estate-friendly candidate of the Democratic front-runners for mayor, after spending seven years as borough president and taking in $332,750 in donations from developers seeking rezonings or land-use changes in Brooklyn.