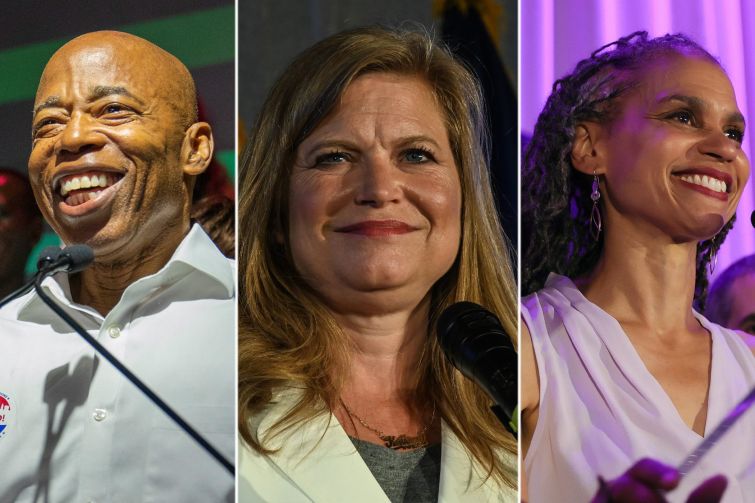 New Yorkers woke up Wednesday morning to find that their city’s Board of Elections had once again botched a major local election. This time, it was the high-profile Democratic primary for New York City mayor.

The beleaguered New York City Board of Elections announced Tuesday night on Twitter that it had mistakenly included 135,000 fake test ballots in the very real first round of vote counting for the primary race, which will likely determine the city’s next mayor.

The error caused observers to question the results of the first two rounds of voting, which showed Brooklyn Borough President Eric Adams with a significant lead in the first round, and then a much smaller 1.2 percentage point lead over former sanitation commissioner Kathryn Garcia in the second round.

Now, the BOE will remove the test votes from the election computer system and retabulate the first two rounds of ranked-choice voting. The BOE used the faux votes to run simulations before the mayoral primary, which is the first major local election in which New Yorkers have voted using ranked choice. The board will release the new preliminary results today, City & State reported last night.

“The board apologizes for the error and has taken immediate measures to ensure the most accurate up to date results are reported,” BOE said in its statement.

Ranked-choice voting allows voters to rank five candidates in an election, instead of just one. In each round of voting, the candidate with the least number of votes is eliminated, and their first-choice votes are reallocated in the following round to whichever candidate those voters ranked second. The rounds continue until one candidate has a majority of votes.

The BOE has not yet counted 125,000 Democratic absentee ballots, which could significantly shift the results of the mayoral primary and other races. Before the BOE revealed its mistake, the second round of votes showed Adams with 51.1 percent of the vote and Garcia with 48.9 percent, narrowing Adams’ 12 percentage-point lead over Garcia from the first round.

“It is critical that New Yorkers are confident in their electoral system, especially as we rank votes in a citywide election for the first time,” Adams said in a statement Tuesday night. “We appreciate the board’s transparency and acknowledgment of their error. We look forward to the release of an accurate, updated simulation, and the timely conclusion of this critical process.”

Garcia said that the inclusion of the test votes was “deeply troubling and requires a much more transparent and complete explanation. Every ranked choice and absentee vote must be counted accurately so that all New Yorkers have faith in our democracy and our government.”

The city Board of Elections has been plagued by mismanagement and nepotism for years. In 2016, the agency accidentally purged 125,000 Democratic voters in Brooklyn from the election rolls, invalidating tens of thousands of votes in a major presidential election.

Mayor Bill de Blasio, who will leave office in January after seven years in office, decried the BOE and its misstep.

“Yet again, the fundamental structural flaws of the Board of Elections are on display,” de Blasio said Wednesday morning in a statement. “There must be an immediate, complete recanvass of the BOE’s vote count and a clear explanation of what went wrong. The record number of voters who turned out for this election deserve nothing less. Going forward, there must be a complete structural rebuild of the board. I once offered the BOE over $20 million to reform themselves. They refused, leaving legislative action as the next available recourse. After waiting hours in line myself to vote last fall, I presented a plan to remake the Board of Elections.”

While the final decision on who won the election isn’t expected until next month, several candidates whose hopes of a first-place leap have been dashed have already bowed out of the race, including Scott Stringer, Andrew Yang and Ray McGuire.