Under Construction: The Former Verizon Building at 375 Pearl Street 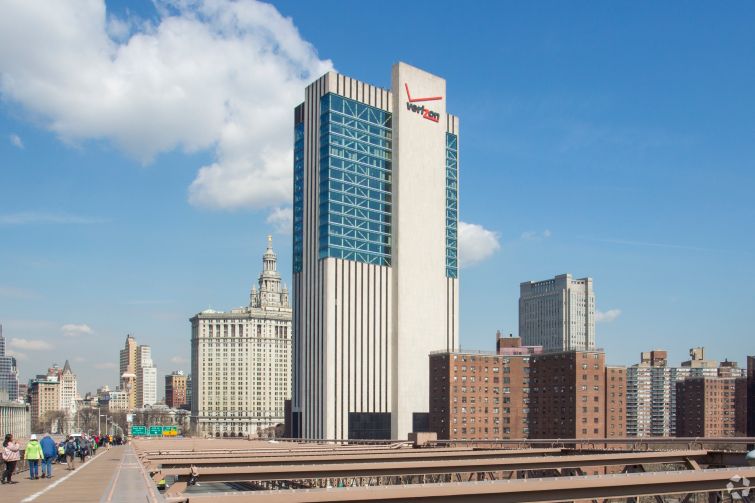 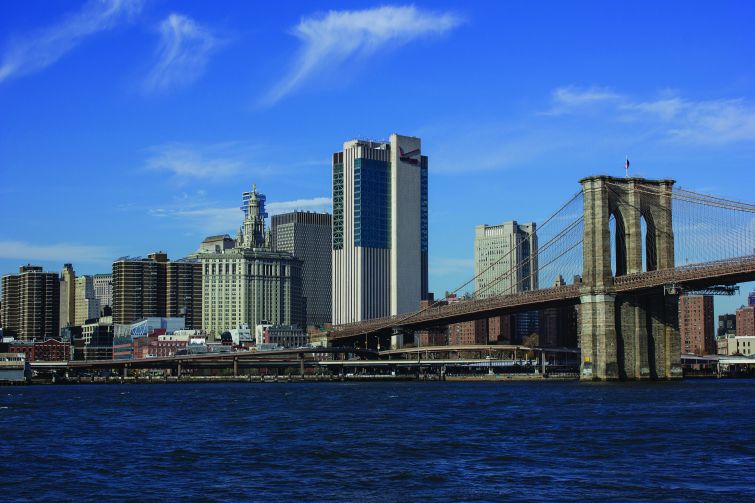 The view of 375 Pearl Street from Brooklyn. Photo: CBRE 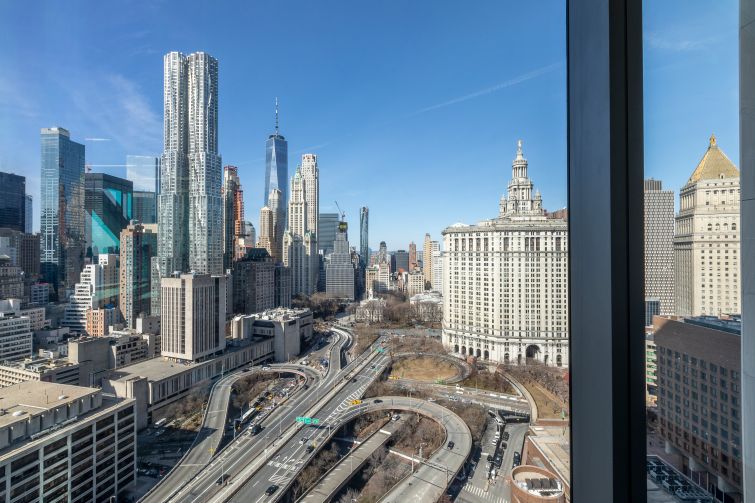 The renovation added floor-to-ceiling windows for office tenants on the top half of the building, offering sweeping views of Downtown and both bridges. Photo: Melissa Goodwin/For Commercial Observer 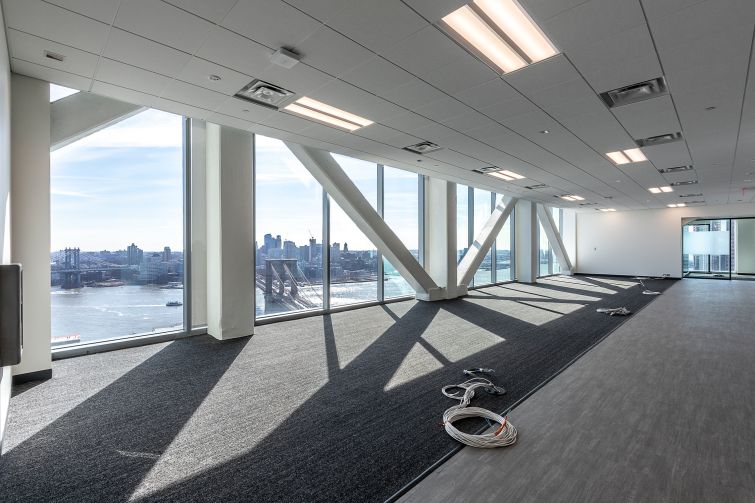 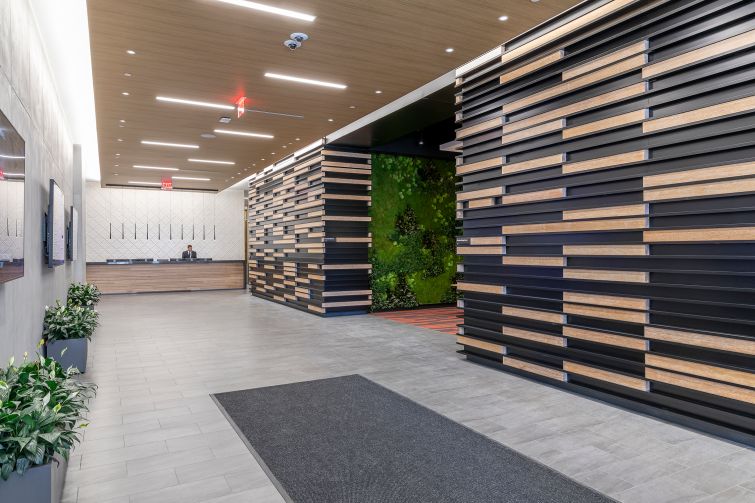 The lobby of 375 Pearl Street was carved out of what used to be a loading dock. Photo: Melissa Goodwin/For Commercial Observer 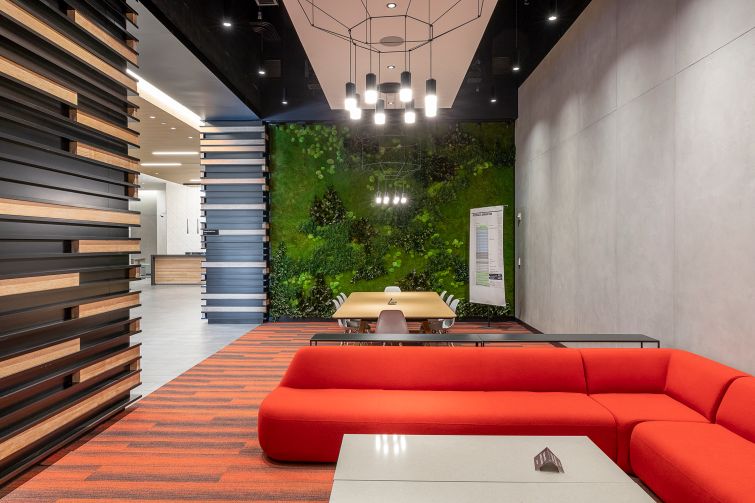 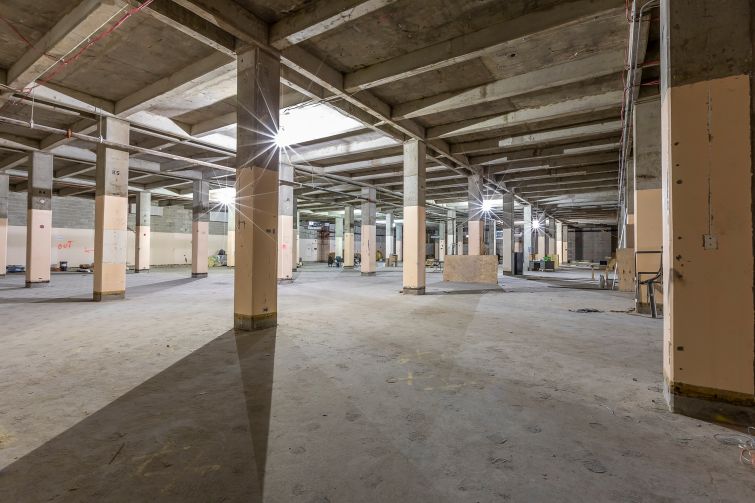 It was on the Daily Telegraph’s list of the most unattractive buildings in the world, and this less-than-optimal designation even found its way onto the building’s Wikipedia page. But over the past few years, the monolithic 32-story concrete tower has gotten a new lease on life. It may not be the prettiest commercial building in town, but a multi-year, $230 million renovation led by landlord Sabey Data Center Properties has made the former Verizon building a little easier on the eyes.

“This building used to be a bunker, and no one really wanted to touch it,” said CBRE broker Gregg Rothkin, who has been leasing the property with this colleague Gerry Miovski for the past four years. “To Sabey’s credit, they took this project upon themselves, and you know, if you build it, they will come.”

The 1.1-million-square-foot building at the base of the Brooklyn Bridge has come a long way since Verizon sold the majority of it to Taconic Partners in 2007 for $172 million. The telecom giant owns and maintains data centers on the eighth through 10th floors, but the rest of the structure was vacant for eight years, according to Rothkin. Sabey then purchased it for $120 million in 2011. The Seattle-based company had originally planned to market the entire building to data center tenants and, accordingly, the first six floors are outfitted with extensive electrical, internet and heating and cooling infrastructure. In the event of a power outage or another Superstorm Sandy, several generators and fuel oil on the fourth floor can keep the office tower powered for weeks. Although Sabey managed to rent the sixth and 12th floors to data center clients, it quickly realized that office space was in much higher demand, even in 375 Pearl’s under-the-radar neighborhood, Two Bridges.

Sabey, with the help of architecture firm CallisonRTKL, has removed portions of the 18th through 30th floors and replaced the property’s three-foot-wide strip windows with floor-to-ceiling glass. Gensler and Saby Architecture’s Kara Anderson designed a new main lobby with a living plant wall, conference table and living room-like lounge. As visitors walk in, the right wall is covered in ladder-like slats of black wood punctuated by rectangles of blond wood—an accent that resembles a lit-up server tower. The ceiling is covered in a light wood wallpaper, and there’s a wood-plank covered reception desk to match. (The original design called for black anodized aluminum walls and ceilings, but Sabey, a cost-conscious company, opted for wallpaper and saved a couple hundred thousand bucks.) The landlord also built out a new 5,000-square-foot Starbucks off the entrance, and it’s working on a new public plaza with landscaping and seating along Pearl Street.

The renovation has attracted a host of new tenants, mostly city agencies. The New York Police Department (which is headquartered next door at One Police Plaza), the city’s Human Resources Administration (HRA), and the Departments of Finance and Sanitation have collectively leased the 15th through 30th floors of the building. The cops have already moved into 20,000 square feet of their 126,000-square-foot footprint in the building, and the Department of Finance and HRA have started setting up shop as well. The remainder of an estimated 3,000 city workers will arrive over the course of the next four months. The NYPD is the only agency that took floors with the original, tiny windows, leasing the 15th through 17th stories, while the other agencies pushed for 15-foot-tall panes. And up on the 30th floor of 375 Pearl, it’s easy to see why. There are sweeping views of the Brooklyn and Manhattan Bridges, the Manhattan Municipal Building, the East River and Brooklyn. Asking rents, however, are relatively cheap at $48 a square foot.

The views, as well as 23-foot-tall floor-to-ceiling heights on the 31st story, convinced starchitect Rafael Viñoly to lease the entire 36,550-square-foot top floor of the property for his firm. Looking out the southern windows of the high-rise, he can see the first building he ever designed in New York City—an addition to an office building in the Financial District—and that helped seal his decision to rent there. Rafael Viñoly Architects is in the midst of building out its space, which will feature a mezzanine and a terrace.