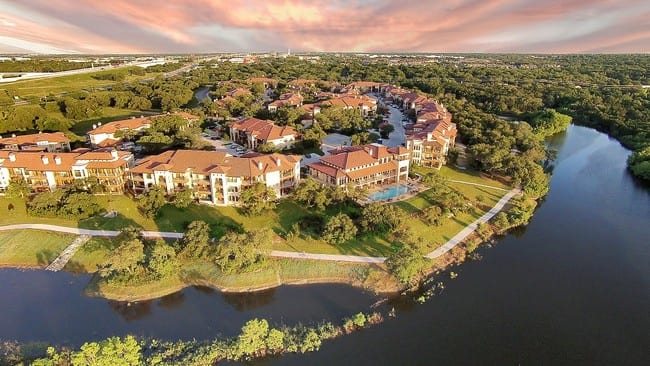 The debt financing helped facilitate OTH’s acquisition of the property from Sterling Real Estate Partners, and it was accompanied by an equity investment from lender and investor ArrowMark Partners. JLL Capital Markets sourced and arranged both the debt and equity on behalf of OTH in the transaction, according to the firm.

“Given the excitement of the Austin multi-housing market, we procured over a dozen competitive debt quotes,” said JLL Capital Markets’ Marko Kazanjian, who, alongside Chris McColpin and Andrew Cohen, advised OTH in the arrangement of the financing; it was the second deal in the last nine months that JLL worked on with ArrowMark.

An official at ArrowMark did not immediately respond to a request for comment and more information about its equity investment.

Muir Lake Apartments — at 12600 Avery Ranch Boulevard — was built on more than 46 acres in 2014, and sports 332 one- and two-bedroom residences. The asset was 96 percent leased at the time of OTH’s purchase.

The luxury apartment community sits next to a small lake called Buttercup Creek, and is located just east of Lake Travis and the Colorado River, providing for such outdoor activities as canoeing, kayaking and boating. Muir Lake itself includes a swimming pool with a sundeck, a barbecue area and a fireplace lounge, a business center, a fitness center, a yoga room, an indoor spa, steam room and sauna, and a fenced dog park.

“The lakefront location, incomparable amenity set, and unique Spanish coastal architecture, position this asset to stand out from the crowd once we complete our interior value-add program,” said OTH Co-Managing Partner Nicholas Yarnall. “We see significant opportunity to capture appreciation, given the amenity set and proximity to major economic drivers in the city, with The Domain, new major employment campuses, and more just minutes away.”

The Domain is a large, open-air shopping center owned by Simon Property Group that is situated between Austin and Cedar Park along the MoPac Expressway (Texas Loop 1); the center has been billed by locals as a “Second Downtown.” It’s just as well, given that Cedar Park has become a burgeoning area of Greater Austin. Cedar Park’s population grew more than 44 percent from April 2010 to the summer of 2019, according to U.S. Census data.

OTH Co-Managing Partner William Gottfried said the purchase “reinforces” the company’s belief in the future of North Austin and its suburbs.

“[The property] presented a rare opportunity to acquire a Class A, value-add asset in the fastest-growing area of one of the fastest-growing cities in the country,” Gottfried said, adding that the purchase is the firm’s fourth acquisition in the last nine months in their home market, as they’ve added more than 1,100 apartment units and $175 million in assets under management to their portfolio in that time.