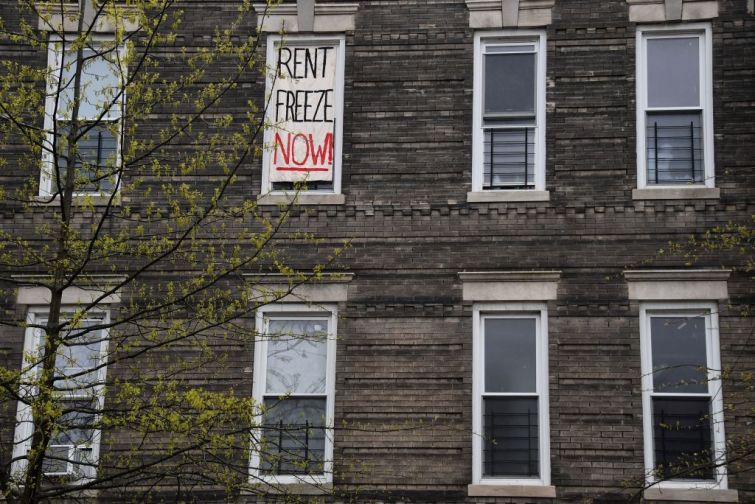 In a discordant Rent Guidelines Board vote, landlords and tenants were both left unsatisfied by the board’s decision — a rent freeze followed by a 1.5 percent hike.

The board voted 5 to 4 on Wednesday night to freeze stabilized rents for the first six months of one-year leases that begin on, or after, Oct. 1. For the remaining six months of the lease, rents will be raised by 1.5 percent.

“This proposal is intended to provide additional time for economic recovery before any rent increase goes into effect,” Alex Schwartz, the public board member who introduced the proposal, said during the meeting.

The board also voted 5 to 4 to raise rents on two-year leases by 2.5 percent, and voted 7 to 2 to freeze rents on stabilized hotels. Neither owners nor tenants seemed particularly happy with the compromise.

“We have had decades of high rent increases that created an unjust rent system,” Leah Goodridge, a tenant attorney at Mobilization for Justice, said to a crowd of rent-hike protestors at the meeting. “At this point in time, it is exceedingly difficult to find an affordable studio for less than $1,500 in this city.”

The rent raises passed were slightly less than the ones proposed in a preliminary vote taken in early May. The board decided to consider letting property owners raise rents up to 2 percent for one-year leases, and 1 to 3 percent for two-year leases.

Megaphone in hand, tenant advocate Sheila Garcia said that six months didn’t offer unemployed tenants enough time to find jobs and that it didn’t account for the eviction moratorium’s approaching expiration. Even a $10 increase was too much, she said.

Meanwhile, owner representatives proposed a 2.75 percent hike on one-year leases and a 5.75 percent on two-year leases. An increase was needed to meet costs of maintenance, insurance and property taxes, said landlord member Robert Ehrlich. Renters struggling to pay should seek out other government assistance, he added.

Joseph Strasburg, president of the Rent Stabilization Association, which represents owners of rent-stabilized buildings, said it was incomprehensible that the board would ignore its own studies that called for an increase of at least 2 percent. Other landlord representatives were similarly disappointed.

“The RGB has once again failed to approve a rent increase that keeps up with skyrocketing expenses,” Jay Martin, executive director of the Community Housing Improvement Program, which represents 4,000 owners of rent-stabilized rental housing, said in a statement. “We understand that many renters struggle to make ends meet. But the government should be providing them with the assistance they need through vouchers, targeted tax breaks, and other subsidy programs.”