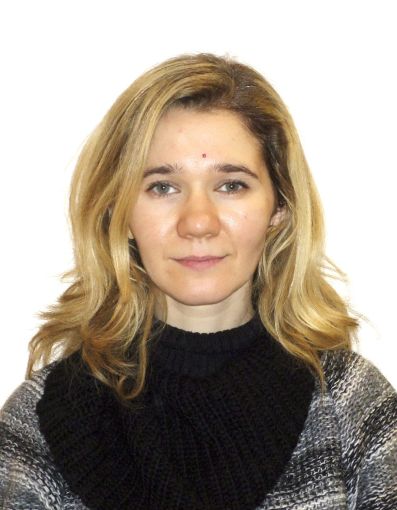 There’s one sector that tends to do well in the good times and the bad: Self-storage has thrived after previous economic downturns, and COVID-19 is no exception.

In the Washington, D.C., metro area, which has one of the nation’s fastest-growing apartment markets, the residential boom has also helped drive the massive growth of the self-storage sector.

Over the past decade, the D.C. region’s self-storage industry has seen a 28 percent increase, according to the latest figures from RENTCafé, which looked at the top markets in the segment.

The findings showed that the D.C. metro area built 6.2 million square feet of self-storage in that time, besting major metros like Minneapolis, Seattle and San Antonio to come in at No. 10 on the list; Dallas, New York and Houston hold the top spots.

Commercial Observer: How would you characterize the self-storage sector today and how it’s evolved over the years?

Mirela Mohan: The self-storage sector is needs-based, assisting people during times of transition, such as moving, downsizing and renovating a home, among others. Self-storage has grown exponentially throughout the decades, with demand created by a shift in socioeconomic factors. There are currently over 1.5 billion square feet of self-storage space in the U.S. — large enough to fit all the Subways, KFCs and Target locations combined.

The years 2011 through 2020 emerged as the third-most active since the 1950s, as 295 million square feet of self-storage space were added to the national inventory. This most recent decade added about 20 percent of the existing inventory in the states.

Because of its nature, self-storage is generally strong enough to withstand economic downturns. It has managed to navigate the COVID-19 pandemic quite well so far, just as it emerged relatively unscathed from the Great Recession. It performs well in periods of income growth, when it is used for overflow items, but it also proves its relevance in times of difficulty, when downsizing might be in order.

Last year, in particular, a lot of people needed to make the most of their living space as homes had to accommodate both work and school activities. Self-storage could well take care of that need of extra space. Demand also emerged from the creation of multigenerational households, as many adults chose to move in with relatives, either to provide better care for aging parents or to get help with child care.

What are you seeing in the D.C. region specifically? How does it fare compared to other areas of the country?

The D.C. region has seen a constant flow of jobs over the last decade, which is one of the main reasons people were attracted to the area in droves. As a result, developers responded and delivered close to 118,000 apartment units. That’s the fourth-largest jump in apartment construction among the largest metros for the 2011-2020 decade. The self-storage sector followed suit, as 6.2 million square feet were added to the local inventory for the same time period. In fact, D.C. is the 10th most active, self-storage market of the decade — ahead of Seattle, Boston and Los Angeles. The Dallas, New York, and Houston metro areas are leading the charts in terms of overall construction volumes.

Why is there such a strong demand for self-storage space?

Self-storage has kept its place on the list of services Americans continue to use, as renting a storage unit has proved its utility again and again. This is true regarding both periods of transition — such as moving, downsizing and renovating homes — and also the times when people are already settled in them. Self-storage units serve the needs of all residents, single-family and multifamily dwellers, as well as businesses who can make use of self-storage space to keep files and office furniture.

How did the pandemic drive this demand?

Temporarily moving to a suburb to flee the high-density city cores or, on the contrary, moving to more job-centric urban hubs, led people to self-storage. Living in consolidated households, when downsizing as well as during home-improvement projects, is one of the main drivers of this increased demand for storage space. For a lot of Americans, the home expanded its function recently, adding on the role of a workspace. Thus, as they carved out a makeshift home office, people used self-storage as extensions of their homes.

The operational side of self-storage functioned smoothly, as the pandemic challenges were met with appropriate measures that helped keep business afloat, while caring for their customers’ safety. Online operations — including booking and payment — quickly became standard practice, helping to streamline the usual transactions.

Facilities offered virtual tours that also helped customers find storage space, while respecting social distancing regulations. To offer their support in times of difficulty, many facilities advertised concessions — whether they were student discounts or specials — that helped occupancy remain stable in 2020. And, as the year continued to register constant demand and positive move-ins, self-storage construction kept going.

What are the major areas in D.C. metro that are growing self-storage sectors?

How did the apartment boom play a role in the growth of the segment?

As apartment construction boomed, it was only natural for self-storage to follow a similar growth pattern. Apartments tend to offer less square footage than houses in general, hence the need for extra space. Additionally, apartments have been getting smaller in the past decade, both across the nation and in D.C. as well. In fact, apartments in the District lost, on average, about 88 square feet, roughly the size of a small bedroom.

How would you forecast the self-storage sector going forward? What will we see in the next five years?

Moving forward, the self-storage sector is expected to continue its relevance in addressing people’s needs for space. Apartment construction is bound to keep its momentum, which means that self-storage is likely expected to grow, at least short term. More than that, self-storage is closely connected to life changes and migration, which will both likely support the further development of the industry.

Where does D.C. currently rank in total self-storage space and how has it grown?

The D.C. metro ranks 10th nationally, based on its existing inventory, boasting over 25 million square feet of self-storage. Over 6.2 million square feet were added during the last decade, representing 28 percent of the 2010 inventory. D.C. might not have grown as much as other metros when compared to their total inventory in the last decade, but its sheer construction volumes turned it into the 10th most active, self-storage market in the U.S. for the same time period. With about 4.5 square feet of self-storage per capita, considerably below the national benchmark of 7 square feet per person, the D.C. market is largely undersupplied, creating a context for further growth.