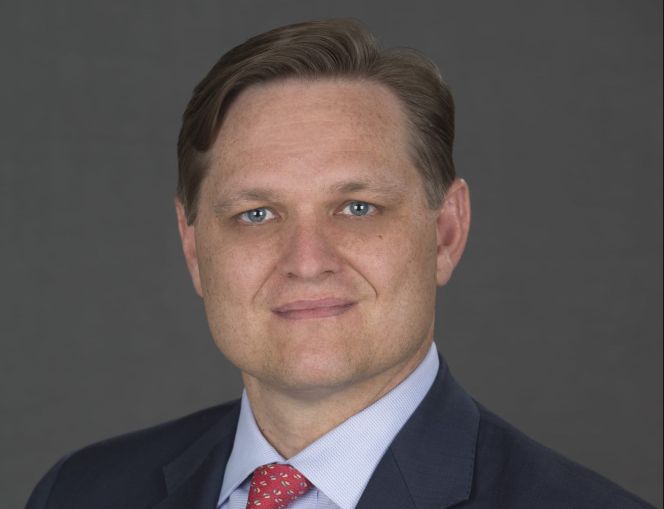 Miami is having a moment.

Name a premier financial or tech company and chances are it’s scoping out Miami offices. These include industry giants Citadel, Millennium Management, Apollo Global Management, Apple, Bitcoin.com, and the list goes on.

The Magic City is an appealing alternative to New York and San Francisco. Why not settle some place where the local government approves of big business? Low taxes, the beach, and year-round sunshine help as well. That’s how the argument goes.

As one of the leading tenant brokers in South Florida, JLL’s Alan Kleber has a front-row seat to the unfolding spectacle. Based in Miami, the senior managing director represented private equity firm Blackstone when the financial giant signed a 41,000-square-foot lease at 2 MiamiCentral. He’s also representing a major tech firm that that will deliver this summer, which will “be big news when it closes, Kleber’s spokesperson said.

Commercial Observer sat down with Kleber to discuss his view of Miami’s moment (which Mayor Francis Suarez insists is a “movement”), and why offices aren’t going anywhere, even though he, himself, works at home a good part of the time.

Commercial Observer: What do you make of all these finance and tech companies moving down to Miami?

Alan Kleber: Just like organizations have business cycles — whether they’re growing and about to launch a new product, or they’re stagnant — the same thing happens with cities. I’m a firm believer that this is Miami’s century. We’re in a once-per-generation cycle that we’ve been experiencing. And I fully suspect that demographers and sociologists will write books about the how, why and what, in regards to our region’s growth.

It’s significant — and spectacular — the number and the velocity of new entrants that are either signed or contemplating coming into this market. I’ve been here for 25 years, practicing corporate advisory and tenant representation work. I’ve never seen anything like it.

Why now? Why is all this activity happening now?

A lot of work has already been done in South Florida in terms of infrastructure: airports, our seaports, museums, all that good stuff. We have a very favorable tax environment.

This pandemic was a once-in-a-century event that created the great accelerator. We’re at this window of time where organizations are contemplating their future. It’s much easier for organizations and people to make a decision about a major relocation when they aren’t fully back in the office.

When do you think things will quiet down? How will Miami and South Florida’s market look in a year?

Once [businesses] get back to the typical occupancy of their buildings, and they have their hybrid work environment completed, I think you will see that velocity will slow down — but it’s not going to stop.

Pre-pandemic, we would see maybe one or two decent size relocations to South Florida per year. Now, we’ve got dozens. I think that [number] will go down from a couple of dozen to maybe a half dozen. There will still be more [than before COVID] because the flywheel’s already turning.

The pandemic has, arguably, made the office obsolete. So, why are so many companies looking for space in Miami?

It’s not uncommon for that pendulum to shift to the extreme.

If the work can get done anywhere, any place, because of technology, why do we need an office space? People prefer to be home — heck, I work from home a good part of the week now — so why do we need office space? And office space is typically the second- to third-largest cost for companies. On the surface, that makes a whole lot of sense.

I think a lot of organizations really were grappling with that. [But] now, a number of organizations — that said that they were going to work from home and no longer have office space — have accelerated bringing people back to the office. In the end, companies will have an office and probably only a very small number won’t.

So, we had a client whose lease was expiring during the pandemic. It’s a pretty significant company. They said, ‘We’re working from home. It doesn’t make any sense to execute a new transaction at this point in time. Quite frankly, we think, we don’t need an office anymore.’

Well, about a month ago, I got a call back from them. They said, ‘”Yeah, this isn’t going to work. We need an office. Productivity is going down. Our sense of culture and belonging together is diminishing. We need an environment where we can collide and collaborate together. We don’t know what that office is going to look like — but we need an office.’

Given COVID and its effect on offices, are these companies still looking for small offices? Would these offices be larger had COVID not hit?

That’s hard to answer. But, what I will share with you is, actually, the other way around — I was surprised by the size of the requirements. I didn’t expect the requirements to be a sizable as they were.

Take Goldman Sachs. I don’t represent the company, but the chatter in the marketplace is that they were originally in the market for 25 or 50,000 square feet for a certain business unit. They paused the requirement because there was interest by other business units to join. They may be coming in with a larger requirement than initially anticipated.

Many big names have been thrown around. And yet, some, like J.P. Morgan, have yet to sign new leases. What do you make of that?

Two things are happening simultaneously. You have the execution of the real estate deal — negotiating and all that good stuff — but you also have the consensus development and internal approval process.

And sometimes, they’re not in parallel. The consensus and the approval could be done internally, but it takes several more months for the real estate negotiations to occur, or to finalize. The same thing could happen on the internal consensus development and approval process. It could take a long time to get approvals internally.

I’m not surprised to hear that. What we’re talking about could take 12 to 24 months. These transactions take a long time.