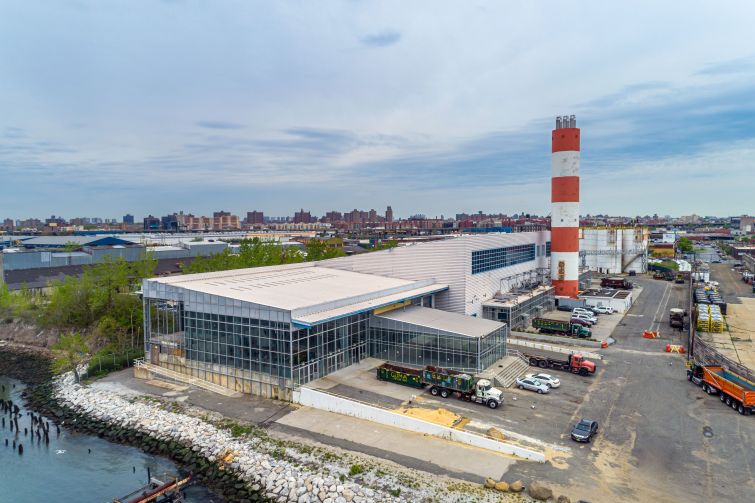 Andrew Chung, the CEO and founder of Innovo Property Group, has closed on a 9-acre industrial site in Hunts Point, Bronx, for $102.5 million, Commercial Observer has learned.

The site, located at 1110 Oak Point Avenue along the East River waterfront, is home to a 93,000-square-foot warehouse occupied by the New York Expo Center.

Chung, an active industrial developer in New York City, plans to reposition the site to include more warehouse space as well as a significant amount of parking, in order to appeal to retailers looking for last-mile delivery space, according to an offering plan on retail investor platform CrowdStreet. The deal does not involve Innovo.

“Fundamentally, we believe that we’re not even making an industrial bet, we’re making an e-commerce bet,” Chung said in a presentation.

Chung raised $16 million out of the $26 million he was seeking to raise on CrowdStreet for the project, which is estimated to cost a total of $144 million to capitalize, according to the offering page on Crowdstreet’s website.

The seller, Pearl Realty Management, run by Joshua and Jack Guttman, bought the site for $24 million in 2016.

David Junik of Pinnacle Realty represented both the buyer and the seller in the deal, and will lead the leasing of the site with his colleague Fred Stein going forward.

The proximity of the site to both Manhattan and the Hunts Point Distribution Center make it an ideal last-mile location. The site, a portion of which is coastal wetland under the New York State Department of Environmental Conservation, has the potential for up to 760,000 buildable square feet, per Innovo’s materials.

“The thesis we came up with is personal,” Innovo’s Head of Capital Markets, Graham Stephens, said in the presentation. “Everyone is now aware that e-commerce is taking over a big part of our lives personally. We’re ordering groceries, pharmaceuticals, furniture, cars, toys, you name it. We’re buying things online at an increasing rate.”

CrowdStreet did not immediately respond to a request for comment.

Update: This story has been updated to reflect that Andrew Chung is the buyer of the site, not the company he founded, Innovo Property Group, as was previously stated.