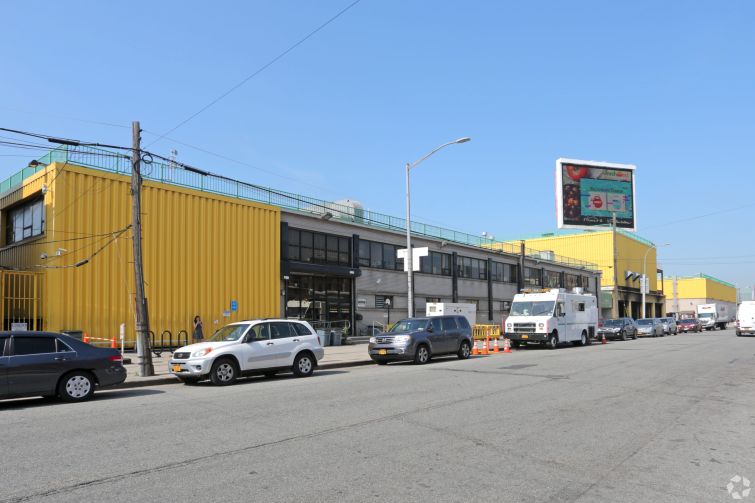 Starwood Property Trust has provided $155 million in construction debt to Innovo Property Group to finance the build out of a planned 900,000-square-foot industrial property in Long Island City, Queens, according to an announcement from Innovo.

The financing is for Innovo’s planned, five-story industrial property at 23-30 Borden Avenue, for which it filed plans with the city at the end of 2020.

Innovo will develop the Hunter’s Point site, which was previously used by online grover FreshDirect, to serve as a last-mile distribution and warehousing facility, per information from Innovo. The firm’s plans filed with the city’s Department of Buildings lists KSS Architects as the project’s architect, and it expects to finish construction in 2022, according to Innovo and per information from Nan Fung Group’s website.

Innovo, alongside Chinese real estate developer and investor Nan Fung Group and Atalaya Capital Management, bought the site in January 2019 for $75 million from Atlas Capital Group, with plans to start construction on this project last year.

“This transaction supports our philosophy that there is significant value in Long Island City developments,” Innovo founder and CEO Andrew Chung said in a statement. “Industrial has been one of the best-performing sectors in real estate, driven by the significant increase in e-commerce spending. We believe that this expansive, state-of-the-art facility with on-site parking will be in high demand.”

In the time since the acquisition, the trio have demolished the existing FreshDirect warehouse and solidified its plans for the new project, which will provide direct access for last-mile distribution to the rest of Queens, as well as Manhattan and Brooklyn, due to its location at the entrance of the Midtown Tunnel and its proximity to Brooklyn.

Innovo’s made a number of splashes in New York’s industrial market in the last few years, including in April 2020 — right after COVID-19 gripped the economy — when it locked in more than $300 million in construction debt from Bank OZK and EverWest Real Estate Investors to build a 1 million-square-foot industrial property in the Bronx, as Commercial Observer previously reported. Innovo is partnered with Square Mile Capital Management in that deal.

This story was updated to include that Eastdil Secured arranged the debt financing that was provided to Innovo.