Highgate Hotels Sues Icon Parking for $4.7M in Back Rent 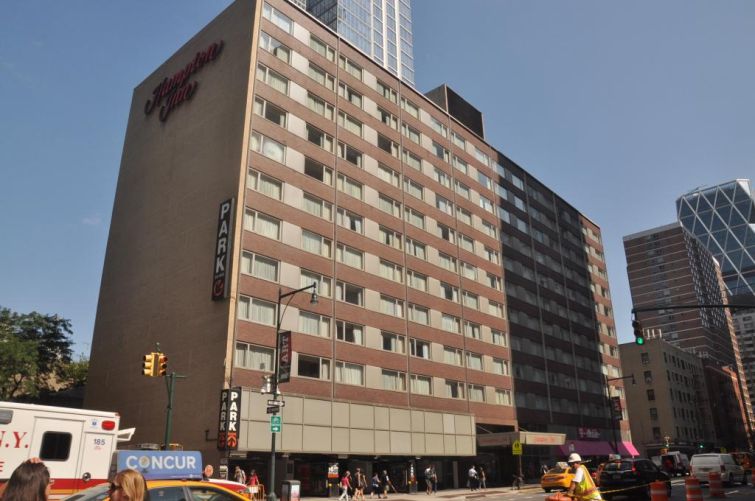 Highgate Hotels is claiming that Icon Parking undertook “a brazen scheme” to skip out on $4.7 million in rent from two of its Manhattan garages during the pandemic, court records show.

Entities tied to Highgate filed a lawsuit against Icon, claiming that the parking garage operator “fraudulently siphoned away” revenue from its locations at 851 Eighth Avenue and 790 Eighth Avenue to avoid paying rent, according to the suit filed in Manhattan Supreme Court.

The suit was first reported by Crain’s New York Business. Representatives for Highgate and Icon did not immediately respond to requests for comment.

The suit claims that Icon — one of the city’s largest operators of parking garages — signed leases for the locations at the Hilton Garden Inn Times Square and Hampton Inn Manhattan Times Square under limited liability companies (LLCs). Instead of using revenue generated by those LLCs to pay rent, Icon instead moved the funds to its own bank accounts.

However, in an affidavit attached in court records from a bankruptcy proceeding for a different garage, Icon CEO John Smith said all the garages’ revenues are funneled into one account, which is used to pay for things like payroll and operating expenses.

This isn’t the first lawsuit that Icon is facing for missing rent during the pandemic.

Icon has faced at least 25 other such lawsuits, including a previous one at 851 Eighth Avenue, which a judge ordered the company to pay $1.4 million for, as well as ABS Partners trying to get more than $7 million from the company, Crain’s New York reported.

Parking garages were once deemed a safe bet for investors and owners, but the rise of urban bicycling, app-hailing services like Uber, and the shift to long-term remote work have dented the asset class.

Earlier this year, Ramrock Real Estate and Mequity Companies secured a $35.1 million loan to convert a four-story parking facility at 41-47 East 21st Street to self-storage, an asset class that has fared much better during the pandemic.