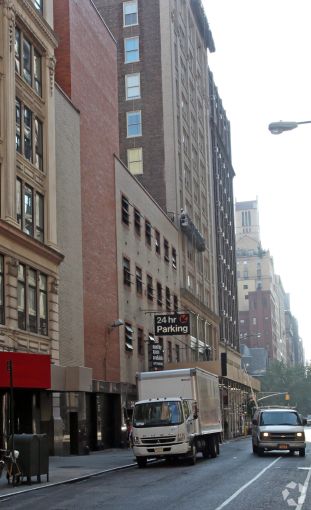 Most of these factors have proliferated as a result of damage caused by COVID-19, pushing self-storage demand in many areas of the country, especially in New York City, to new heights.

The New York metro area added around 3.2 million square feet of fresh self-storage inventory last year, making it the most active market in the country, according to Yardi Matrix data, but it’s still considered a supply-starved market.

In Manhattan — a somewhat barren landscape for the asset class compared to the outer boroughs — Ramrock Real Estate and self storage development firm Mequity Companies are planning to bring to market a fresh self-storage facility to its dense Flatiron District.

Cerberus Capital Management has provided $35.1 million in debt to the joint venture to convert a four-story parking facility at 41-47 East 21st Street — between Park Avenue South and Broadway — to self-storage, according to city records and sources with knowledge of the deal.

Mequity, which develops, builds and operates self-storage facilities primarily in and around major metropolitan areas across the country, first bought the building in March 2019 for nearly $32.2 million, according to city records.

The project would see the former 24-hour, four-story parking garage redeveloped into a climate-controlled storage asset operated by self-storage real estate investment trust CubeSmart, according to information from JLL, which arranged the transaction on behalf of the borrowing party.

CubeSmart operates more than two dozen facilities within New York’s five boroughs, but it has only one facility in Manhattan, at 444 West 55th Street in Midtown, according to information from its website.

Klein said in a statement that the deal represented a “unique opportunity to lend on a premier asset class in a supply constrained market that is poised for future growth,” adding that the sponsors’ understanding of New York’s self-storage market helped get the deal across the line.

Once complete, the asset will stand at eight stories, and its square footage go from around 50,000 square feet to more than 64,300 square feet, according to JLL. It will feature secured, controlled access; options for online and touchless rentals; and also two off-street loading bays and a smaller, supplemental loading area. As part of the development, Ramrock and Mequity will add two elevators and install new sprinklers, plumbing, electric, roofing, and heating, ventilation and air conditioning systems.

While the asset will essentially be expanded, a source with knowledge of the development plans said that Ramrock and Mequity won’t be directly increasing the height of the existing garage, but rather “working with the existing structure to create more stories” by “enclosing a portion of the existing main roof level and increasing the height of a lower portion of the building by one story.” The developers will also remove portions of the second floor, turning it into a new mezzanine level, and then “relocate” the square footage from the second floor to the main roof level, which will have an new roof enclosure added above it. There’s also one underground level to the development.

New York is the third-largest self storage market in the country, with over 66.3 million square feet of inventory, but despite the size of the market, its storage space supply per person is just 3.2 square feet, which is less than half of the U.S.’s benchmark figure of 7 square feet of per capita, according to Yardi data compiled by StorageCafe.

There are 55 facilities comprising about 4.4 million square feet that are expected to be delivered to the New York market this year, per Yardi data.

New self-storage construction last year slowed to just under 49.5 million square feet, from 56.3 million in 2019, and coupled with increased demand, rates jumped 3.5 percent in December 2020, even though rent rates in most other large self-storage markets declined slightly, per Yardi. Rents in New York; Seattle; and Washington, D.C., climbed mostly due to the fact that demand in those areas in 2020 outpaced supply.