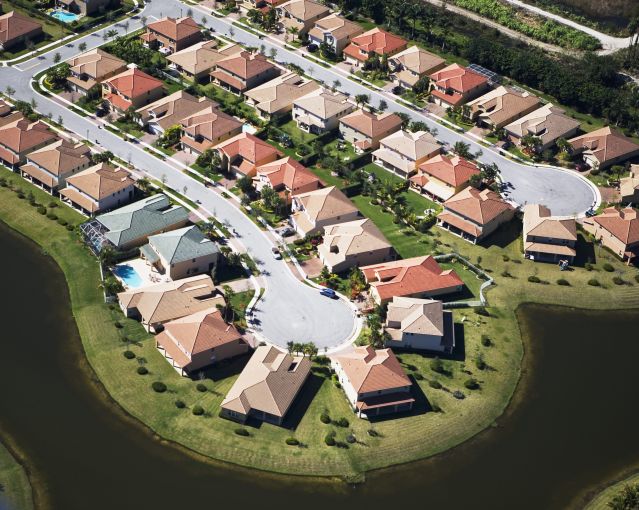 The single-family rental housing market accelerated last year amid the pandemic, as climbing home prices pushed many to fall back on renting.

Investors poured into the space and rental home construction ballooned in 2020 to meet demand, despite a turbulent economic landscape that created supply chain issues.

Single-family homes in the realm of commercial-mortgage backed securities (CMBS) outperformed the broader CMBS market last year in terms of delinquencies, and now, it seems the space is poised to welcome more large, single-family financings with open arms. Already this year, there have been 11 single-family rental CMBS deals, amounting to more than $6.7 billion, that have either closed or are near closing, according to information from research firm Trepp.

In one of this year’s more recent CMBS originations, per a presale that was released last week, Cerberus Capital Management’s single-family investment and management affiliate, FirstKey Homes, has secured just under $2.1 billion in CMBS debt on a collection of 9,238 rental homes, according to analysis of the transaction from KBRA. The deal, which will be FirstKey’s third single-family rental securitization, is expected to close on July 15, according to Trepp data and information from KBRA.

Morgan Stanley is the lender that originated and sold the five-year, fixed-rate and interest-only first lien mortgage loan, per KBRA. The loan is secured by FirstKey’s fee simple interest in each of the homes in the portfolio.

The portfolio includes homes that are located across 16 states, with the Atlanta, Miami and Charlotte areas being home to more than 31 percent of the portfolio — Florida, Georgia and North Carolina are also states with the largest exposures to the portfolio (56.5 percent), per KBRA’s analysis.

FirstKey had acquired and accumulated the homes between April 2015 and February 2021, with more than half of the purchases having come in 2018, per KBRA. Most of the homes in the bundle have three or more bedrooms and two or more bathrooms, and each spans around 1,755 square feet on average.

Despite the pandemic, the recession-resistant reputation of single-family rentals mostly held up for the portfolio. Nearly 93 percent of rents were collected in May, and about 96 percent were collected in April; and 90-day rent collections, which includes collections that were had up to three months after they were first billed, ranged anywhere from 94.4 percent to 98 percent from from April 2020 to March 2021, per KBRA.