Expect US CMBS Loan Resolutions to Gain Steam in Second Half of 2021: Fitch 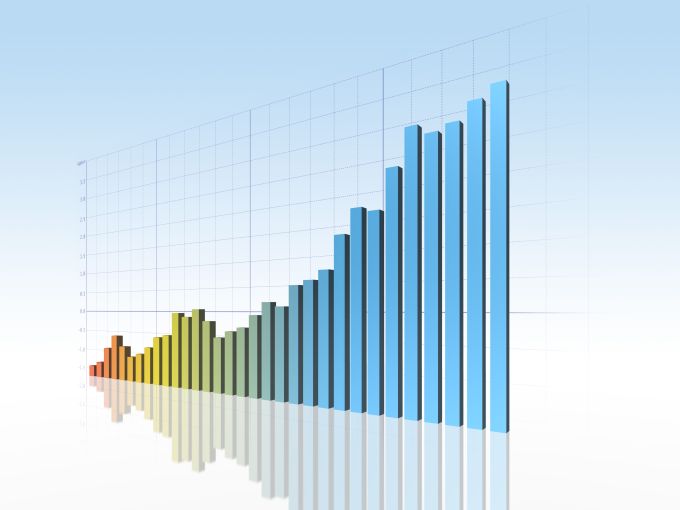 In its 2020 annual loan loss study released today, Fitch Ratings expects the second half of 2021 will see a greater number of loan resolutions out of CMBS special servicing. Photo: Getty Images

As the U.S. economy and commercial property sector looks ahead to what might be a promising and eventful summer, commercial mortgage-backed securities (CMBS) loan resolutions are expected to pick up steam in the second half of this year, according to analysis in Fitch Ratings’ annual loan loss study that was released today.

The easing of pandemic-related restrictions and lockdowns, and aging real estate owned (REO) assets from CMBS 1.0 deals getting back on track and resolving, will lead to a ramp up of loan resolutions in the latter half of 2021, per Fitch.

However, that doesn’t point to any impending wave of loan losses.

Throughout 2020, special servicers played a key role in drastically tamping down losses. Last year outpaced 2019 in loan resolution volume — $7.8 billion was resolved, compared to $7.4 billion in 2019 — but a large portion of loans that were resolved out of special servicing in 2020 actually ended up being transferred back to the master servicer, avoiding losses rather than being liquidated. (The master servicer is the entity in charge of handling debt payments and coordinating with a borrower until a loan defaults and is transferred to the special servicer.)

About $5.8 billion of the $7.8 billion in CMBS loans that were resolved by special servicers in 2020 experienced little to no losses, with $4.9 billion having been sent back to the master servicer without losses, per Fitch. The average loss severity for all CMBS debt that was resolved last year was only 13.8 percent, a massive dip from 2018 and 2019 — 33.6 percent and 41.1 percent, respectively. Fueling the drop in loss severity, of course, was the relief extended to borrowers amid the pandemic, as many of last year’s specially serviced loans went through some form of modification or were granted forbearance as a result of borrowers requesting relief from the pandemic.

For the roughly $2 billion that was resolved with losses last year, the average loss severity was 55.5 percent, which was down slightly from 57.8 percent in 2019, per Fitch. (There was $5.3 billion in debt that was resolved with losses in 2019.) Around 75 percent of loans resolved in 2018 and 2019 were hit with losses, while only a third saw losses in 2020. The decline in disposition activity was also partly due to “divergent views on valuations and heightened uncertainty due to the pandemic,” Fitch wrote in its loan loss report.

There were 105 loan resolutions last year that came with losses, and about 68 percent of those (71 dispositions) were REO liquidations. Fifty-four of those REO dispositions came from CMBS 1.0 vintages — loans made and securitized prior to the great financial crisis — with properties that had been sitting and collecting dust for more than four years awaiting a resolution. (REO assets are pieces of property seized by a bank after a failed foreclosure sale following a loan default.)

In many cases, it could take around four years for a troubled CMBS loan facing losses to reach a resolution. It took about 52 months to dispose of the 54 CMBS 1.0 REO assets that were finally liquidated last year, and, as of March 2021, there are another 54 CMBS 1.0 REO assets in special servicing that have been sitting there for more than 50 months, per Fitch, which wrote that the average time for loans to be resolved with losses rose to 44 months in 2020, compared with 41 months in 2019 and 40 months in 2018.

Typically, loss severity increases with the amount of time that a loan remains unresolved in special servicing, because costs, fees and servicer advances to support the loan continue to pile up.

CMBS loans resolved within a year of being transferred to special servicing tend to experience a loss severity that is almost half that of loans that spend 49 months or longer with the special servicer, according to Fitch analysis dating back to 2004.

Overall, there is $29 billion in CMBS debt in special servicing as of last March, with retail and hotel loans leading the way by a wide margin; they make up a heavy majority of that pool of troubled debt (43 percent is retail and 36 percent is lodging). And 89 percent of the loans currently in special servicing are from CMBS 2.0, or loans originated and sold in the CMBS market from 2010 to 2016.

About $1.6 billion in loans were resolved last month. The largest resolution involved the $162 million loan on the Glenbrook Square mall, a super-regional shopping center in Fort Wayne, Ind., that Brookfield walked away from in March, as Commercial Observer previously reported.

Helped by the surge in vaccination distribution and a softening of pandemic-related restrictions and lockdowns, leisure travel is roaring back for the summer months and broader economic activity is wrestling back to life, which bodes well for most of the CMBS sector. Retail, though, still faces a bleak outlook.

“The evolution of consumer shopping behavior, temporary property closures brought on by governmental shut-downs and additional economic stress caused by the pandemic are exacerbating troubles for regional malls,” said Fitch Ratings Senior Director Karen Trebach. “Previously struggling properties — particularly in the retail sector — are not expected to successfully emerge from the pandemic economy, while others, like those in the hotel sector, which experienced unprecedented cessations in revenues, are expected to survive and return to pre-pandemic levels as conditions improve.”

An uptick in resolutions has helped push the overall U.S. CMBS delinquency rate down below 4 percent for the first time since the onset of the pandemic. Fitch reported that its U.S. CMBS delinquency rate fell 16 basis points to 3.96 percent in May from 4.12 percent in April, because loans are resolving, the volume of newly delinquent loans has lowered, and there’s been a wave of strong new issuance.