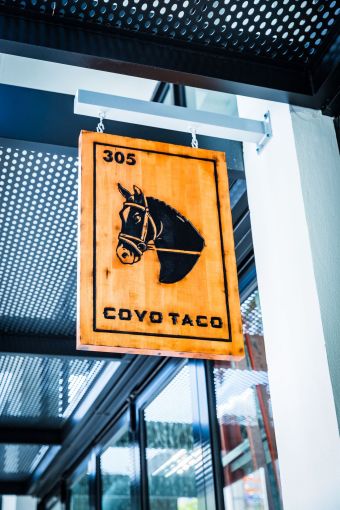 In Coral Gables, 305 Concepts, the hospitality group behind Coyo, signed a lease for 3,819 square feet at 1514 South Dixie Highway, across the street from the University of Miami campus. The landlord is Sager Management Corporation, according to property records. The deal closed at the end of April.

The Mexican food chain will join other fast-casual chains, such as Shake Shack and Five Guys.

In Fort Lauderdale, the taco joint will take over 2,905 square feet on the ground floor of the Bank of America Plaza office tower at 401 East Las Olas Boulevard, one of the city’s most popular retail strips. The landlord is German asset manager DWS Group, a former affiliate of Deutsche Bank, property records show. The deal closed this month.

“The location was key for us,” said Coyo co-founder Sven Vogtland, referring to the restaurants’ proximity to a college campus as well as a vibrant business and retail district. “We took our time to choose wisely.”

Both locations are slated to open in the fourth quarter of this year.

At Coyo, an order of al pastor tacos costs a cool $8 and a serving of shrimp tacos $9. The chain is known for its minimal blue aesthetic and its late-night events with live music. The establishment has restaurants throughout Miami, across the Atlantic in Paris and Lisbon, and down south in the Dominican Republic and Panama.

And even more is in store for Coyo. “We’re working on [other locations] and getting leases done” across South Florida, said Vogtland. (He declined to say how many were in the works).

But, as it expands across South Florida, Coyo has also faced setbacks. Its outpost in ritzy Palm Beach closed this year after receiving mixed reviews from locals. Vogtland hasn’t given up, saying he’s exploring options in Palm Beach County.

Beyond Coyo, 305 Concepts’ co-founders, Vogtland and Alan Drummond, have a long South Florida track record. In Miami’s trendy Wynwood neighborhood, they own 1-800-Lucky, an Asian food hall, and have a stake in The Oasis, a new 35,000 square-foot mixed-use complex.

Colliers International broker Jenny Gefen represented Coyo in both deals. Her representatives declined to reveal further details about the leases, such as their length, the asking rents and the names of the landlords.

Broker Jeff Evans of The Comras Company, who represented the landlord in Fort Lauderdale, also declined to divulge any details of the lease. Comras Company’s Michael Silverman was also associated with the deal.

Brokers Andrea Vigil and Greg Masin of Cushman & Wakefield represented the landlord in the Coral Gables deal. They did not respond in time to comment.