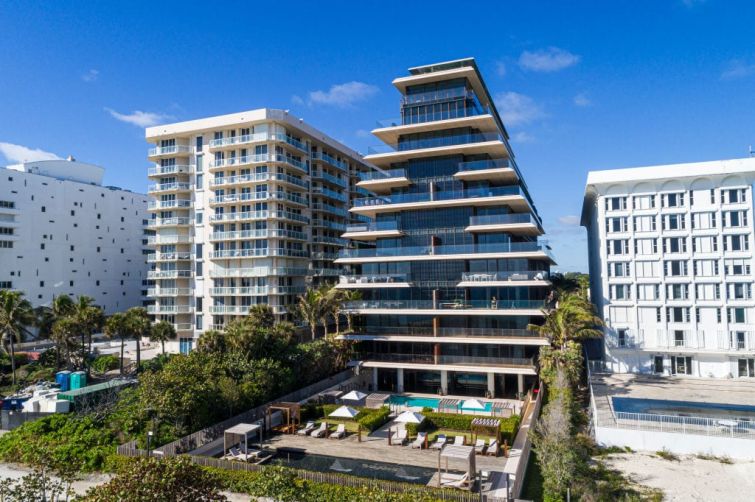 Cryptocurrency is gaining speed in Miami’s condo market, with one major deal signed and one pre-construction project that will accept digital coins instead of dollars.

In Miami Beach’s Surfside neighborhood, a penthouse in the boutique condo building Arte by Antonio Citterio was purchased for $22.5 million, all in cryptocurrency. The four-bedroom, full-floor penthouse — one floor below Jared Kushner and Ivanka Trump’s suite — was sold to an anonymous buyer using an undisclosed type of digital currency, reported Forbes.

The two transactions are a boon for the digital currency world, which continues to gain acceptance in some aspects, but is still highly irregular as a form of payment, largely due to its volatility.

For the E11even Hotel & Residence project, the ability to use cryptocurrency is surprising, because the residential development deposit structure requires approval from title companies, banks and Florida laws — all of which favor the more stable American dollar.

The 375-unit condo development is almost sold out, with plans to break ground in the third quarter of this year. The E11even nightclub, where the project gets its namesake, also accepts cryptocurrency as payment.

Back in sunny Surfside, the 9th-floor lower penthouse at Arte was sold for a whopping $4,440.50 per square foot in May. Forbes called the blockchain deal — which took less than 10 days to close from start to finish — the most expensive residential, crypto real estate transaction in the nation to date.

Arte’s developers, Alex Sapir and Giovanni Fasciano, announced they would accept cryptocurrency for sales at the property in mid-May, and received half a dozen offers for the lower penthouse just two weeks after their announcement, reported Forbes.

Miami is becoming a popular hub for cryptocurrency, as the Bitcoin 2021 conference kicked off last week, selling out with 13,000 tickets.

With thousands flocking to the conference, the two condo deals fit squarely into how Miami is positioning itself as a technology center and crypto hub. The city will focus on new technological advances — ranging from artificial intelligence to crypto to biotechnology, Mayor Francis Suarez has said. And, at least for these two properties, that vision is a financial reality.

But Miami isn’t alone in the growing crypto trend either. KPG Funds decided to let its tenants use an exchange platform called Bitstamp to convert the cryptocurrency USD Coin into dollars for rents, Commercial Observer reported.