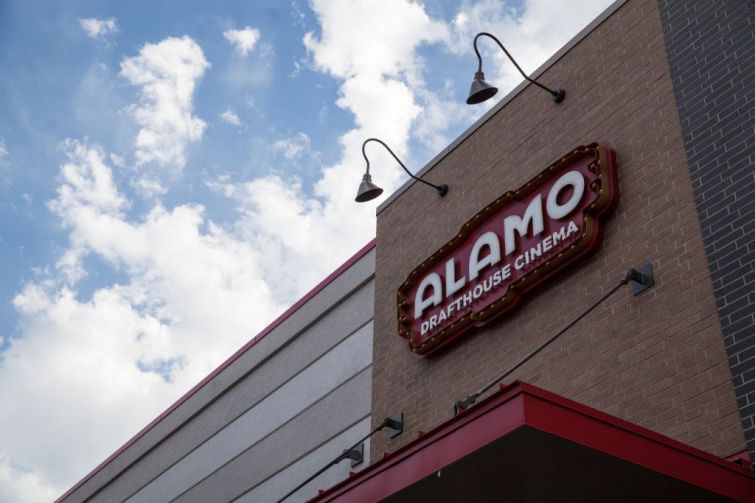 Alamo Drafthouse come out of bankruptcy with plans to open five new theaters by 2022. Photo: Amy Brothers/ The Denver Post

Movie theater chain Alamo Drafthouse came out of bankruptcy with plans to open five new locations by 2022, including two in New York City and its first Washington, D.C., outpost.

The Texas-based Alamo Drafthouse announced Tuesday that it had completed its bankruptcy sale to Altamont Capital Partners and was setting its sights on expansion, Deadline first reported.

This includes opening a 40,000-square-foot Financial District theater in the fall at 28 Liberty Street — which it leased in 2017 — that will have The Press Room museum, bar, letterpress print shop and event space, according to Alamo Drafthouse. The chain will also continue gearing up for its Staten Island location that will feature the Flying Guillotine bar designed with Wu-Tang Clan founder RZA.

Alamo Drafthouse, known for its strict no-texting policy and for serving food, also announced its first D.C. location will open in the winter at the Bryant Street development and will also open a theater in Arlington, Va., in 2022, the chain said. Those outposts are managed by franchisee Cojeaux Cinemas.

Finally, Alamo Drafthouse plans to open its first St. Louis location in the spring of 2022.

Alamo Drafthouse filed for bankruptcy in March, closing three theaters, killing the development of a Florida outpost, and nabbing $20 million in debtor-in-possession financing to stabilize its business, the Los Angeles Times reported.

However, with theaters reopening and Hollywood slowly bringing big-budget pictures back to screens, Alamo Drafthouse saw sold-out screenings for all films during the Memorial Day weekend, according to the company.

“It’s incredibly exciting to be back on that path so we can bring the Alamo Drafthouse experience to new locations around the country,” Alamo Drafthouse CEO Shelli Taylor said in a statement.

Updated: This story has been updated to include a statement from Alamo Drafthouse.