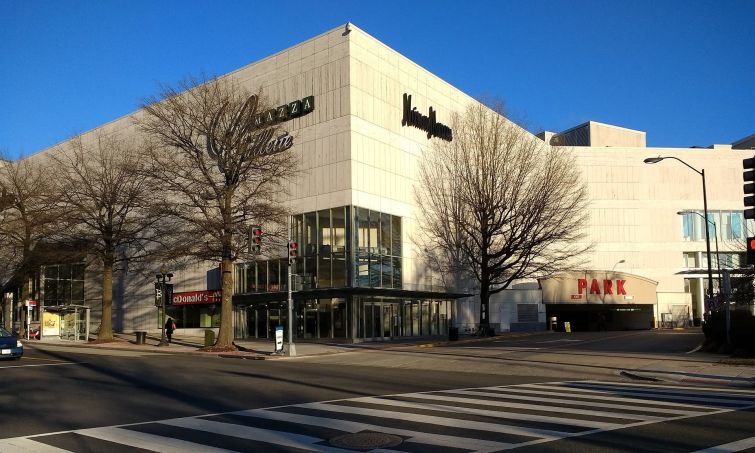 Tishman Speyer has acquired the site of the former Mazza Gallerie, an urban mall in Washington, D.C., from Annaly Commercial Real Estate Group, who had acquired the property during an August 2020 foreclosure auction for $38 million.

The price was not disclosed, but the Washington Business Journal reported it as $52 million.

The property is situated within the Wisconsin Avenue Retail Corridor, which is known as one of the area’s premier shopping areas, but currently has few housing options.

“We have been active in the Washington, D.C. market for many years, focusing on investment in key infill neighborhoods,” Jeff Chod, Tishman Speyer’s regional director, said in a prepared statement. “Overall, we believe the long-term outlook for both commercial and residential real estate in the District remains positive.”

Located at 5300 Wisconsin Avenue NW in D.C.’s Friendship Heights neighborhood, the 294,000-square-foot retail center, which first opened in 1979, has been closed for about a year.

Annaly CRE became the new owners after its original owners, Ashkenazy Acquisition Corp., lost the property to foreclosure. Ashkenazy had acquired the property in 2017 for $78 million, securing approximately $67 million in loans from Annaly CRE Holdings to complete the deal. The loans matured in January 2020 and the debt was not repaid, forcing the foreclosure.

“All over the U.S., Tishman Speyer has been creating mixed-use environments that embrace their surrounding communities,” Chod said. “This project, on a gateway site into the nation’s capital, is consistent with that vision and represents an opportunity to help meet the strong local need for high-quality housing, while retaining a retail element that embraces the neighborhood.”