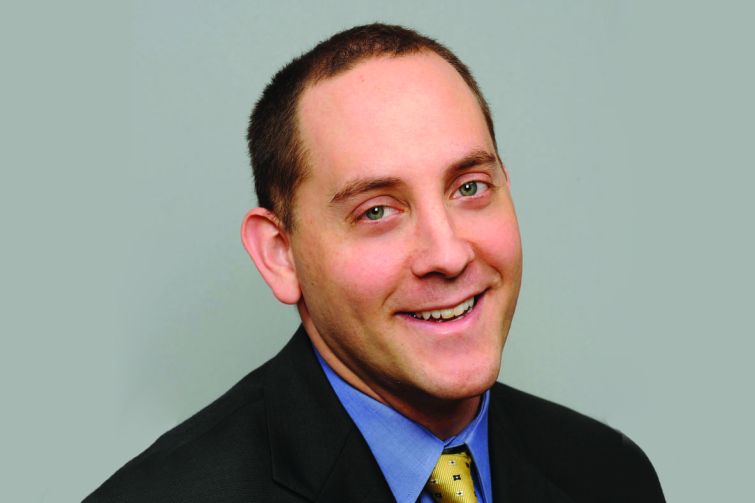 The last 15 months have seen many adjustments for the commercial real estate industry and how transactions are executed, with changes especially prominent on the legal side.

Eric Orenstein is a member of law firm Rosenberg & Estis’ transactional department and has a national lending practice, representing owners and developers of commercial properties throughout the New York region, providing expertise on leasing, development and acquisitions. His notable work includes representing The Brodsky Organization in its acquisition of a ground leasehold position, followed by a subsequent financing and development of a 450-unit residential complex adjacent to The Cathedral of St. John the Divine in Manhattan’s Morningside Heights.

He spoke with Commercial Observer about how the COVID-19 pandemic has altered his work as an attorney, possible looming signs of distress once courts become more accessible, and how New York City’s office market is positioned going forward.

Commercial Observer: Take us through some of the transactions you’re working on today. And how does that compare to one year ago, when we were in the early stages of the pandemic?

Eric Orenstein: I don’t know if there is any difference. In March and beginning of April, there were deals that were signed up pre-COVID that finished. I will say, from mid-March [2020] to the end of April, it was quiet. Everyone was scrambling, asking, “What’s going on?” But certainly one of my bigger clients took it as an opportunity to go hunting, and my first deal from them came in April.

And it hasn’t stopped since then. Starting in the fall, it was the busiest October, November and December in my 16 years of practicing — and October, November and December are always super busy for us in real estate. It was like an explosion. It was absolute insanity, the amount of deal flow. At this point, I think we’re getting back to a good flow.

The question that everybody keeps asking is, “When’s all the foreclosure distress going to happen?” Because we’re still not seeing any of that. And I think a lot of that is coming — we keep saying it. Everybody said last summer, “We’re going to see it in October.” And then everybody said, “We’re going to see it in January.” But, I think until the courts open up, we’re not going to really see it. You can’t really do much in the way of exercising your remedies because people don’t want to go to the courts.

Yes, you can do some UCC foreclosures on the mezzanine side, but from a senior [debt] perspective, you can’t really foreclose, certainly not in New York. And so, I think there’s a lot of distress coming. You can only kick the can down the road so much.

Does this mean we are looking at more distress in 2021, despite the economy opening up more?

For sure. I can tell you on the landlord-tenant side, you’re going to see a huge shakeup. You can’t really do much with your tenants, and I know from [speaking with] our litigators, this continual slowing of the courts and not being able to file has really caused them to slow down. They have clients who are literally ready to hit the button and commence actions, when they can. Unfortunately, those who were barely surviving pre-pandemic are going to be a large part of the stress.

Anecdotally, one of my partner’s daughters is a broker and she’s saying, on the listing side, she can’t lease things fast enough. The demand on the rental side is definitely coming back. Which makes sense, right? You have all these college kids who just graduated, who were gonna start working in the city, or who always want to move into the city, and they just graduated. And now, they’re all out looking for leases. And that’s the typical cycle, right? Everybody’s out looking to rent to all these college kids.

What has surprised you the most in the past year about the commercial real estate industry? And any behavior that differed wildly from previous crises?

I think the only crisis I have to compare this to is 2008. I can anecdotally say 9/11. But I wasn’t practicing in 2001. We’ve continued to chug along this time, whereas in 2008, there was a hard stop. The fact that we’re still doing deals, and I’m doing deals all over the country, is different. I think what’s surprised me is that things are definitely picking up [already].

How will the possibility of a hybrid working relationship impact the office sector, particularly in Manhattan?

I think a lot of firms are talking about it. But I think at the end of the day, I don’t see people in most industries going fully remote. You have young people and they cannot learn what they need to learn remotely. You need that interaction. Nobody needs to be chained to their desk five days a week, and I think everybody’s going to have some sort of hybrid. What that is, I think everybody’s still figuring it out.

But, if you’re not fully remote, you need to have office space. Maybe that will mean some people downsize a little bit. But, look, I still think people need offices. And I do think that, ultimately, it will not be as horrible as people think.

In terms of New York activity, are you finding that your clients are transacting here? And, if so, are you assisting with more new deals or troubled transactions?

Again, I do stuff all over the country. But I do have New York deals going on. Some of them are just new deals, such as condo inventory deals. Some of them are rescue capital transactions. We have one where it’s an office building and the building’s pretty much vacant, so it’s a repositioning play. But I don’t know if that’s really a distressed property. It’s just an opportunity.

Based on your current workload, are we on track to see a Roaring ’20s-type recovery? And, if so, when might we see it?

My general sense is I do think things are going to pick up. Summer usually slows down a little bit, and everybody’s going on vacation. There are deals happening, but the volume is normally not what it is during other parts of the year. The Jewish holidays are pretty early this year, which also sometimes slows down transactional stuff, certainly in the New York market.

But I think going into late September through December, if the courts open up, we could be on track for an extremely heavy volume of transactions. That’s what everybody wants to see — deals start picking up, and also how the distress market really shakes out. But it’s hard to say, because last August, I would have thought this past October we were going to see all the distress starting to shake out. It just hasn’t yet.

I do think that once the courts open up and businesses, such as retail and hotels, start opening up, you’re going to see who’s going to be able to survive very quickly.