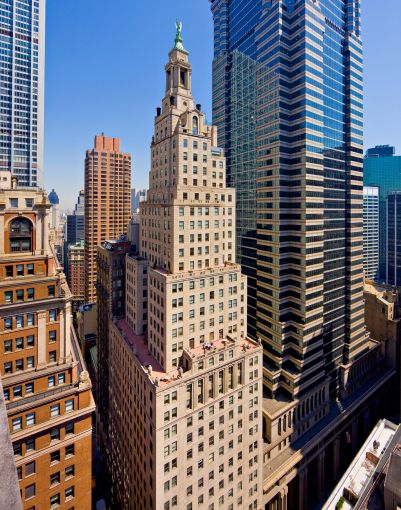 A hospitality company and a financial firm have inked two leases totaling 13,000 square feet at 48 Wall Street, according to landlord broker Helmsley Spear.

Merchants Hospitality signed a seven-and-a-half-year lease for 6,075 square feet for a duplex penthouse on the 32nd and 33rd floors with four outdoor terraces. Asking rent in the deal was in the low-$50s per square foot.

Lord Securities also signed a renewal  for its 6,900-square-foot office on the entire 27th floor for an additional five years. Asking rent in the deal wasn’t disclosed.

“With three leases closed totaling close to 60,000 square feet, and additional leases out and current offers being exchanged, we feel that there is a significant uptick in the leasing market over the recent past, which bodes well for a return to work for New York City’s commercial leasing market,” Simon said in a statement.