Good news on the horizon: D.C.'s retail sector is primed for recovery 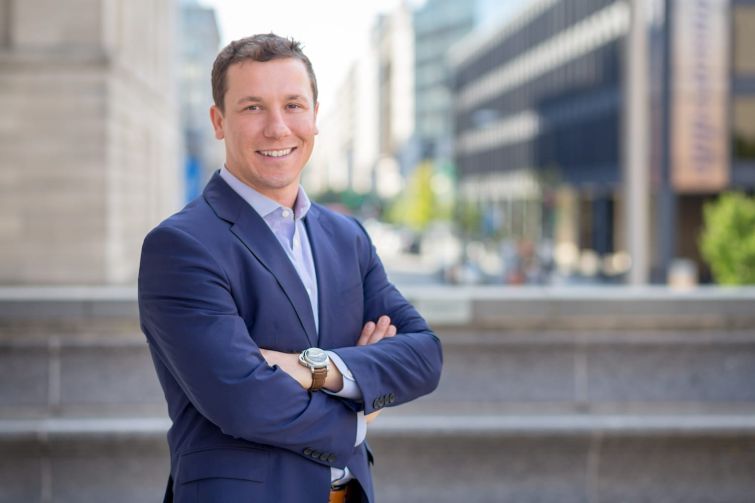 Washington, D.C.-based Dochter & Alexander Retail Advisors recently conducted a comprehensive overview of retail units in Downtown D.C. and along the high-street retail corridors, including Georgetown and 14th Street, examining the pandemic’s impact on the retail sector.

Its findings showed vacancy rates of 22.6 percent for Downtown D.C., 16.6 percent for Georgetown, and 11.0 percent for 14th Street. When compared to its pre-COVID winter of 2020 numbers, these numbers have just about doubled in all three markets.

But there’s good news on the horizon. Over the past year, at least 196 retail and restaurant tenants have actively sought space for lease in D.C., demonstrating a widespread confidence among retailers in D.C.’s long-term viability as a live-work-play environment.

David Dochter, principal and co-founder of Dochter & Alexander Retail Advisors, spoke with Commercial Observer about the impact of the pandemic on these three submarkets and why there’s optimism for 2021 and beyond.

Commercial Observer: How would you characterize the state of the retail market in Washington, D.C., today?

David Dochter: If you look across the markets that we studied, when there’s a neighborhood with a residential community and street retail, it’s performed better than the Downtown market or the [central business district] of D.C. That’s because the immediate population base accounts for the activity and the pedestrian activity. Downtown, you really have very little pedestrian activity currently. You have maybe 10 percent of office and no tourist activity to speak of. So, it’s just much quieter. Georgetown and 14th Street have been the recipient of generally good news from being located in residential neighborhoods.

What are we seeing in Georgetown?

Even before the pandemic, there was a lot of pressure on retail and retail concepts, which had an effect on Georgetown [as] some closings were more portfolio-driven then indicative of the health of the immediate Georgetown market. There’s an evolution happening in retail, and that shift has put pressure on many retail high streets leading to increased vacancy on 14th Street and in Georgetown.

But now, we’re seeing a huge uptick in the demand and activity. A lot of that is being driven by the evolution I mentioned above, with direct-to-consumer brands that maybe haven’t had a storefront in the past but have built a nice, online business model. I believe the trends moving forward will be consistent with that, where these brands that haven’t established a brick-and-mortar presence are going to start establishing one. You get the experiential, you get to touch the brand and have the halo effect in terms of the customer base you are reaching.

What are your thoughts on Downtown D.C.?

Downtown has definitely taken a heavier hit in terms of vacancy. If you look at what drives downtown, it’s mostly office, tourists, hotel rooms and traffic from the metro system. None of those are active right now. They are coming back, and we are studying that closely to see what the trends look like, but downtown has taken more of a hit than the surrounding markets.

There really is an opportunity for brands and concepts that weren’t working pre-pandemic, and an ability to recreate. It’s fresh clay to mold what the future of retail is going to look like. People are going to come back to the office, tourists are going to come back to the street, so business models that do work can come in and take advantage of the density that is available.

Why is there so much space available?

Along with permanent retail closures, many additional businesses have temporarily closed, aiming to wait out the worst of the pandemic. Shadow space is also on the market, defined as retail space occupied by tenants but for varying reasons available for lease. It’s really a culmination of the pressure on retail pre-pandemic compounded with the shutdown due to the pandemic that occurred. A perfect storm of sorts. However, that vacancy is starting to get absorbed and I think the retail landscape will be better because of the rebirth that is occurring.

What trends are you seeing with rents?

What is special about Georgetown?

Where we were before the pandemic was starting to become very commoditized, and retail by nature shouldn’t be commoditized, because it is an experience and very much so driven by the surrounding environment. Georgetown is not the same place that exists anywhere else. There’s a special characteristic that appeals to the feel of the street. There’s a uniqueness of the spaces and the buildings. All of that leads to brands wanting to be there. Not to mention the median demographic is very good. You have other factors like Georgetown University, and it’s also a tourist destination.

What Georgetown needs, and is lacking, is infusion of food and beverage and entertainment. It’s become sleepier than it once was. But Georgetown has an opportunity because of the change to embrace the cafe feel, along with the mix of soft goods that currently exists. You need that mix and I believe that’s where Georgetown is going. It’s a location where many retailers want to plant a flag and that’s not changing.

Why is there reason for optimism?

There are a number of reasons, including very strong, March retail sales and overall national vaccination rates. We recently conducted a linear forecast to project 133 tenants seeking space in the second quarter of 2021. The takeaway is that deals are starting to get signed, and there is light at the end of the tunnel in terms of the vaccine and things opening up. The brands and tenants on the sidelines are absolutely starting to become active. We’ve seen a big influx in restaurateurs and retailers from New York, Chicago, Miami and Los Angeles that are scouting and looking for opportunities in D.C. That’s a notable uptick from what we were seeing during the pandemic.

Is Downtown D.C. on the rebound?

Dochter & Alexander is tracking about 40 retail tenants planning to open for business in Downtown D.C. Others opened their doors within the past month, including Foxtrot at 650 Massachusetts Avenue NW, Yardbird at 901 New York Avenue NW and Cheesecake Factory at 1426 H Street NW.

Was there anything surprising about the report?

What’s surprising is the activity that we are seeing and the amount of businesses that are in a position to expand. It was an unknown on what this would look like on the other side. We functionally doubled the retail vacancy rate in the submarkets we looked at from pre-pandemic to post-pandemic. However, that is being mitigated by the activity in the marketplace. I think it will be absorbed faster than we would have predicted initially.