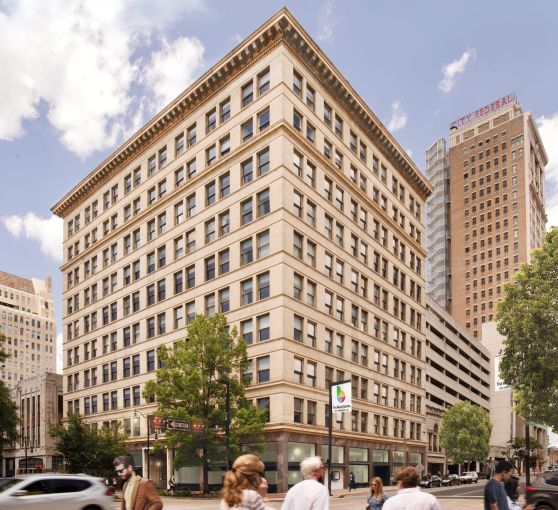 Orchestra Partners has secured a $25.5 million construction loan and an $8M tax credit bridge loan for one of the most prominent, historic preservation projects in Downtown Birmingham, Ala., Commercial Observer has learned.

The Frank Nelson Building is located in the heart of Birmingham’s central business district at the intersection of 2nd Avenue North and 20th Street — the main thoroughfare connecting the immediate neighborhood to The University of Alabama at Birmingham (UAB), the city’s medical district and Five Points South, a popular restaurant and entertainment hub of the city.

The developer plans to transform the 10-story historic building — originally home to the First National Bank of Birmingham and later the Birmingham School of Law — into a 180-unit apartment community. The Frank will feature a mix of studio and one-bedroom apartments at approximately 400 square feet and 600 square feet, respectively, designed for urban dwellers who want to live a minimalist lifestyle. Units will be efficient and affordable, with plentiful common areas and amenities designed for socializing and events.

“With enrollment growth at UAB and a post-COVID migration to smaller cities already underway, it’s no wonder Birmingham was named as one of the best places to rent in America,” Hunter Renfroe, Orchestra’s co-founder and principal, said. Orchestra has a large pipeline of projects throughout the Southeast, including a few historic renovations, that we plan to develop over the next several years to meet the demand of young, urban-dwellers returning to their hometowns.”

Construction on the roughly $40 million project is set to be complete in late 2022.