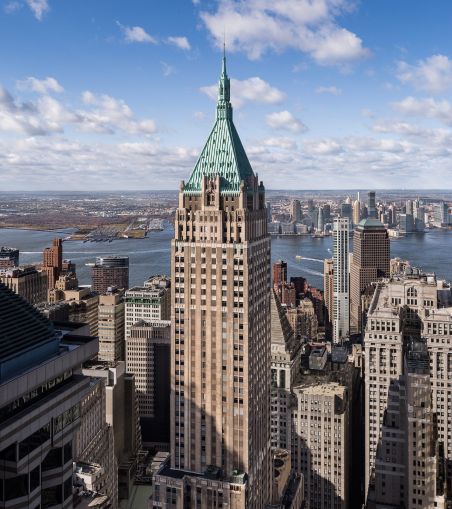 KI — named for founding attorneys Andreas Koutsoudakis and Michael Iakovou — inked a 10-year lease for 9,200 square feet on the entire 49th floor of 40 Wall Street, according to Norman Bobrow & Co.’s Josh Berger. It will relocate from a 4,000-square-foot space at 90 Broad Street.

Berger said in a statement that the firm was growing, and the partners “feel that it’s important to have a strong, interactive and collaborative office culture to produce the best results for their clients.”

Asking rent for the space was $56 a square foot.

The 927-foot-tall neo-Gothic tower, known as the Trump Building, was originally constructed in 1936 and was landmarked by the city in 1995, when Trump ground leased the building. The 1.1 million-square-foot property also has newly renovated amenity spaces, including a conference center, multimedia room, wine room and coffee bar.