Broadway as it extends through SoHo. Photo: Getty Images

A judge declined to grant a request to stall the controversial rezoning of SoHo and NoHo, after neighborhood groups filed a lawsuit to halt the process over the lack of in-person public meetings on the proposal.

New York Supreme Court Justice Arthur Engoron on Monday denied the request for a temporary restraining order against the city’s rezoning, ruling that there was “no showing of immediate, irreparable harm” in letting the process move forward, court records show.

However, even without the process being blocked by the courts, the Department of City Planning (DCP) did not certify the SoHo/NoHo rezoning application during a Monday meeting, which would have kicked off the lengthy public review process.

“The city represented to the court earlier today that DCP will not be certifying its SoHo/NoHo application today as planned,” Jason Zakai, the lawyer for the community groups opposing the rezoning, said in a statement. “Presumably, this was the basis for the Court’s order. Indeed, the matter was ‘laid over’ at the [City Planning Commission’s] meeting today. Our clients are considering their legal options as the facts continue to develop.”

On Friday, the SoHo Alliance and the Broadway Residents Coalition hit the city with lawsuits to stop the typical seven-month approval process for the SoHo/NoHo rezoning over the use of Zoom meetings, in an effort similar to the legal action seeking to do the same for the rezoning of Gowanus, Brooklyn.

Despite vocal opposition from longtime SoHo and NoHo residents, two of the city’s wealthiest neighborhoods, de Blasio’s administration wants to update the area’s 1960s industrial zoning to allow new retail and residential development. It would allow up to 3,200 apartments to be built, a quarter of which would be affordable.

“Our plan will expand housing, promote equity, support arts and culture, and cut through unnecessary and outdated burdens on small business,” a spokesperson for the New York City Law Department said in a statement. “During the public review process, New Yorkers will have months to continue to be involved and make their voices heard on this proposal for a fairer, more affordable SoHo and NoHo.”

But any delay to the lengthy Uniform Land Use Review Procedure (ULURP) could spell doom for the proposal, since it could extend past de Blasio’s term, which ends at the end of the year.

City law requires the local community board to conduct public hearings on rezoning applications in a “convenient place of public assembly,” but the city switched to Zoom as the coronavirus pandemic spread. The SoHo suit argued that virtual meetings weren’t a substitute for in-person hearings and said the city has “not explained to the public their urgency of trying to rush the approval of a large-scale and impactful public rezoning project at this time, and why [the city] cannot wait until the pandemic is over.”

The argument is similar to the one made by Voice of Gowanus, which Zakai is also representing, to curb the Gowanus rezoning, one of de Blasio’s most ambitious rezoning plans.

The city asked a judge to throw out the Gowanus rezoning suit, arguing that a recent executive order allowing land use hearings to be held remotely nullified the provisions cited in Voice of Gowanus’ suit. Last month, a judge lifted the temporary restraining order blocking the rezoning and the city officially kicked off the ULURP process. 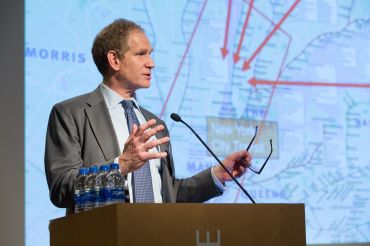 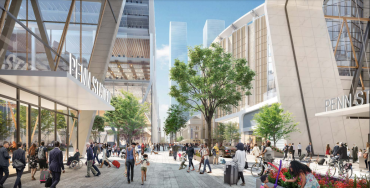