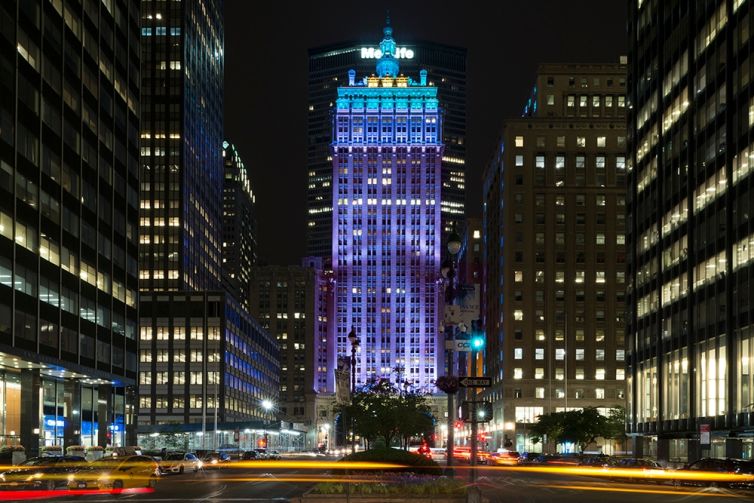 Maman signed a 10-year lease for the 1,694-square-foot space, previously occupied by a Wells Fargo bank branch, that has a ground-floor entrance at East 45th Street and Park Avenue. Retail asking rents at 230 Park range from $185 to $275 per foot.

Maman was represented by Taryn Brandes and Emily Green of Brand Urban. The building owner, RXR Realty, was represented by a Cushman & Wakefield team of Jason Greenstone, Michael O’Neill and Taylor Reynolds, along with RXR’s Whitney Arcaro and Reed Zukerman.

“The addition of Maman Bakery and Café reflects the resiliency of Midtown,” C&W’s O’Neill said in a statement. “Tenants like Maman have chosen to open a new location amidst the challenges of the pandemic because they see the benefit of being part of RXR’s Grand Central area portfolio.”

When it opens in late 2021, Maman will join a healthy lineup of food and beverage tenants at 230 Park, including food hall Urbanspace, Sweetgreen, Bobby Van’s and Lea Wine Bar.

Founders Benjamin Sormonte and Elisa Marshall began their independent cafe in SoHo in 2014 with a nod to their moms — Maman means “mother” in French — and now have eight other locations around New York City.

The shop offers to-go items as well as baked goods, and serves breakfast, brunch and lunch, where cocktails will be on the menu. Maman also activates its space with events – both public and private – and workshops that could include cake decorating, learning how to make cheese fondue, or creating floral arrangements.

“We have loved serving New Yorkers and visitors alike over the past several years and we look forward to continuing to expand and offer our French-inspired menu and ambiance to a new area,” Sormonte said in a statement.

The 34-story, signature Beaux-Arts-style building — also known as the Helmsley Building — straddles Park Avenue, and takes up the entire block that is surrounded by East 45th and East 46th streets, along with Vanderbilt and Lexington avenues.

RXR Realty bought the landmarked property in 2015 for $1.2 billion and embarked on a capital program that included upgrading the ground-floor storefronts, enlarging retail windows and enhancing the pedestrian passageways.