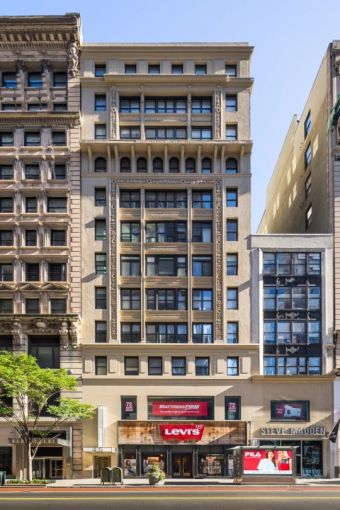 The college preparatory Winchendon School will move its New York City campus from Brooklyn to Midtown.

The Boston-based private school signed a 10-year lease for 12,000 square feet on the entire fifth floor of 45 West 34th Street between Avenue of the Americas and Fifth Avenue, according to landlord brokers Resolution Real Estate Partners. Asking rent was $48 per square foot.

Winchendon’s NYC campus, which it opened in 2018, is currently located at 352 Classon Avenue in Clinton Hill, Brooklyn. It plans to relocate to its 45 West 34th space in August, taking over from a former trade school, according to Resolution.

Dana Moskowitz and Jeffrey Zund of Resolution represented the landlord, 34th Street Commercial Properties. JLL’s William Korchak, Edward DiTolla, John Slattery and Henry Warner handled it for the tenant. A spokesperson for JLL did not respond to a request for comment.

“Commensurate with a recovering market, this transaction reflects flexibility on the part of both the landlord and the tenant,” Zund said in a statement. “The landlord recognized a reputable, credit-worthy tenant and was willing to provide customized renovations that conform to new environmental protocols. The school immediately recognized the value of the space and the building’s excellent location.”