Billionaires are chasing after multi-million dollar mansions, raising questions of a bubble 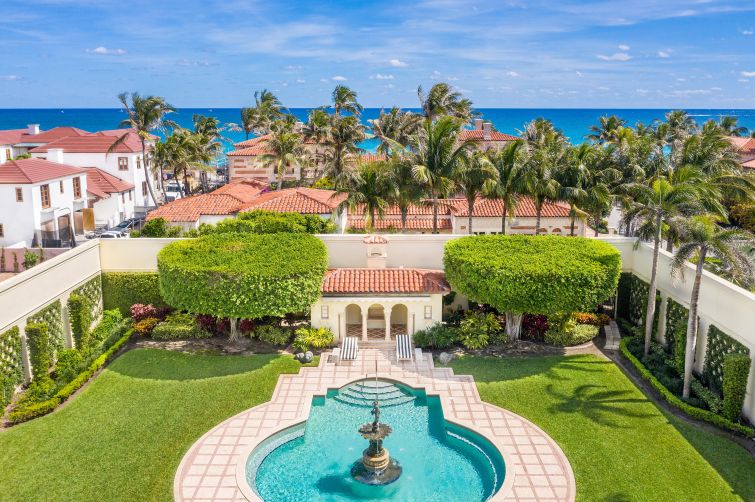 By Palm Beach standards, the two-story house on 244 Fairview Road is modest, with only three bedrooms and four bathrooms across 4,970 square feet. While it comes with a private pool, there’s no beach access or direct view of the Atlantic Ocean. Yet, earlier this month, after sitting on the market for a mere five days, it sold for a cool $9 million — almost quadruple its 2018 selling price.

Palm Beach’s luxury housing market is booming. The exclusive island town’s house prices have soared during the pandemic, as shrinking supply has been met with high demand from out-of-staters seeking low taxes and larger residences. Daily headlines tout the latest gargantuan sale: $123 million for a seaside mansion brokered by Ryan Serhant of “Million Dollar Listing New York” fame, and the $73 million that David Tepper paid for one further down the road. Casino mogul Steven Wynn flipped his riverfront mansion for $23.7 million two months after buying it, pocketing a tidy $5.3 million along the way.

But as the tiny town’s real estate market skyrockets, so do questions about its viability. Back in 2008, the mortgage-fueled financial crisis cratered Palm Beach real estate, along with the rest of the Florida market. Home prices statewide dropped by 52.7 percent between April 2006, the height of the market, and October 2011, according to Zillow. That’s more than double the 22.8 percent drop seen nationwide during the same period.

This time around, executives say the market is buffered. Most buyers are paying with cash, not through financing, said Seth Kaufman, chief sales officer of ONE Sotheby’s International Realty. Most are also American buyers looking to settle, not international ones who typically buy big beachfront houses as an investment, said Jonathan Miller, CEO of Miller Samuel, a real estate appraisal firm that prepares research for Douglas Elliman.

“I don’t see this as a bubble,” said Miller, adding that it’s not like “the Lehman days.”

Still, some warning signs are visible. As major cities like New York and San Francisco normalize, it’s yet to be seen if there’s a boomerang effect of executives returning home. For example, Citadel Securities recently departed the Palm Beach Four Seasons, its home for the past year, to return to offices in Chicago and New York, as Commercial Observer reported.

And, contrary to the popular image of Northerners flocking south, Florida’s overall population growth is slowing; in 2021, it’s expected to fall to its lowest rate since 2014, according to data from the state’s Demographic Estimating Conference. Rising sea levels due to climate change also pose a threat to the booming market; the nonprofit Flood Factor projected that more than 2,700 properties on Palm Beach island will be at risk of flooding in 30 years.

But Palm Beach has several factors working to its advantage, Miller said. Supply on the narrow sun-drenched island, one with famously strict zoning and no barren land, has dropped, while demand is holding up. Towards the end of 2019, 148 single-family homes sat on the market. A year later, the number fell to 59 — “the lowest level in nearly a decade,” according to a Douglas Elliman market report.

“There’s always been demand from the uber-wealthy, but never so much in one concentrated point in time that the inventory is eaten up so fast,” said ONE Sotheby’s Kaufman.

In an ironic twist, the hot market is actually deterring some potential sellers, who are weary of exiting their homes and being recast as buyers in the competitive market, Miller said.

Since 2018, demand for Palm Beach homes has exhibited steady growth. That’s the year that federal tax reforms raised rates for rich New Yorkers and increased the attractiveness of low-tax Florida, said local realtor Scott Gordon of Douglas Elliman. In 2019, the market “performed admirably,” reaching over $1.2 billion in home sales, according to a market report by the Frisbie Group, a local real estate company. Stable supply kept prices from soaring — until COVID-19 shocked the system.

“The market transitioned from modest growth to a surge in activity,” Miller said. Northerners were “off to the races” snapping up homes on the island, running inventory down to record-low levels, he said.

And some residential buyers are moving their entire businesses south as well. The hedge fund giant Elliott Management is relocating its Manhattan headquarters to West Palm Beach. Top execs, including founder Paul Singer, have reportedly listed their multimillion-dollar Manhattan apartments as part of the relocation.

Even so, the homes do not stay on the market for long.

“If a person backs out, there’s another buyer standing by,” Rabideau said, adding that the home “is usually under contract within a week.”