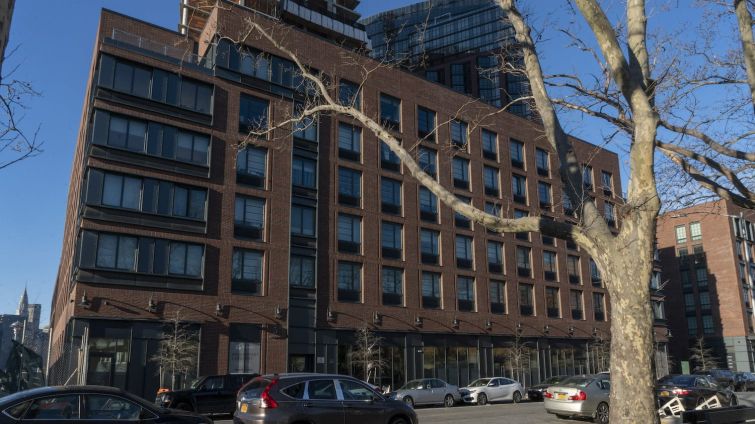 A franchise of Pure Green signed a 10-year deal for 850 square feet at the base of 5 Blue Slip for its second location in the borough, Park Tower said.

A spokesperson for Park Tower declined to provide the asking rent, but a Real Estate Board of New York report found the average asking retail rents in Greenpoint were between $69 to $70 per square foot in the winter of 2020.

Pure Green was founded in 2014 by Ross Franklin and currently has five locations in New York City, including a Brooklyn outpost at 95 Boerum Place. It plans to open the Greenpoint storefront in the summer.

The deal brings the retail portion of the first phase of Greenpoint Landing — which Park Tower is developing with Brookfield Properties and L+M Development Partners — to full occupancy, Park Tower said. All told, the 22-acre, Greenpoint Landing project will include nearly 5,500 residential units, a public school and open spaces.

“We are thrilled to welcome Pure Green, which is the perfect complement and bookend to our Greenpoint Landing retail leasing program,” said Marian Klein, president of Park Tower, said in a statement. “As is the case with Eleva [Coffee], Prestige Organic [Market] and Riverside Market, Pure Green will provide residents and local community members with high-quality, healthy and convenient food and beverage options, all of which are more important today than ever before.”

TerraCRG’s Peter Schubert and Bill Strassman represented both sides in the deal.

“We think Pure Green is a perfect match for this corner site that is adjacent to a public park and a publicly accessible waterfront promenade in Greenpoint,” Schubert said in a statement. “Both the concept and its name seem ideally suited for the neighborhood.”