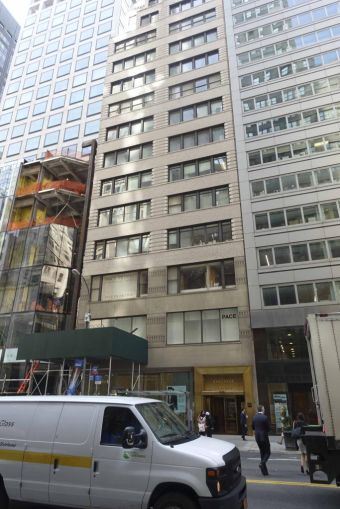 Fur retailer Maximilian is expanding past its presence in Bloomingdale’s into its first, freestanding Midtown store, Commercial Observer has learned.

Maximilian signed a three-year lease for an 8,181-square-foot multi-level retail space at 32 East 57th Street, which it will open this month, according to tenant brokers RIPCO Real Estate. A spokesperson for Ripco did not provide the asking rent.

The retailer, known for fur coats and accessories, joins the 22-story, 88,000-square-foot office building in Midtown. The lease for its outpost, which will encompass parts of the ground, mezzanine and lower level of the property, was signed in February.

RIPCO’s Richard Skulnik and Lindsay Zegans brokered the deal on behalf of Maximilian. A CBRE team of Anthony Stanford and Henry Rossignol negotiated the retail lease on behalf of the landlord, Joseph P. Day Realty Corp.

“We are pleased to have assisted Maximilian in bringing to fruition its first free-standing flagship location in the city,” Skulnik said in a statement. “In addition to its already flourishing online presence, Maximilian’s location on 57th Street caters to consumer demand for in-person shopping experiences and positions the brand for continued growth across the Northeast.”

A spokesperson for CBRE did not immediately respond to a request for comment.