The complex, which is only 50 percent occupied, was acquired by Black Equities Group 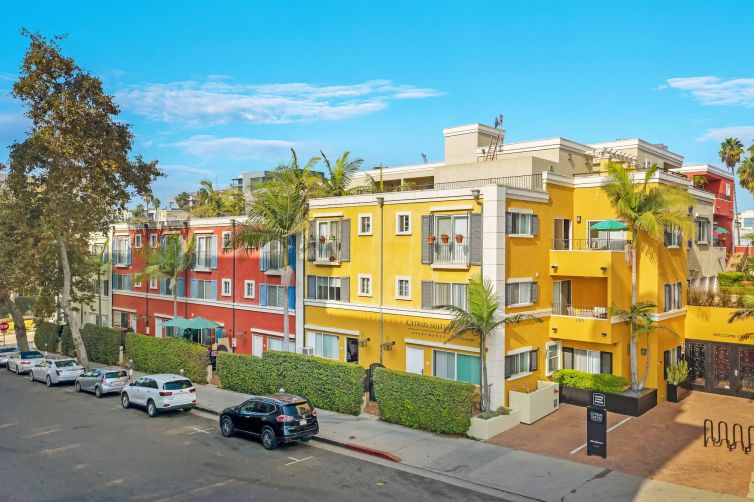 The two-building complex at 1915 Ocean Way, at the corner of Pico Boulevard, was built in 1964. It’s located one block away from the beach. photo: courtesy Marcus & Millichap

Like most real estate in Santa Monica, Calif., multifamily deals come few and far between.

That’s where we find the Citrus Suites Apartments, a 70-unit complex near the Santa Monica Pier that just sold for $39.5 million, or $564,285 per unit. Black Equities Group, run by Stanley Black, acquired the property from Equity Residential.

About half of the apartments are currently vacant, and it’s unclear what Black Equities’ plans are for the beachside community. Equity Residential acquired the property for $12.8 million in 2016, property records show.

The two-building complex at 1915 Ocean Way, at the corner of Pico Boulevard, was built in 1964. It’s located one block away from the beach, situated behind the famed Hotel Casa Del Mar and near Shutters on the Beach.

The complex is one of only 16 communities with more than 50 units on all the West Coast to be within 300 feet of the beach, said Kevin Green of Institutional Property Advisors (IPA), who represented Equity Residential.

Joseph Grabiec and Greg Harris of IPA, a division of Marcus & Millichap, also worked on the deal.

“Santa Monica is one of the most expensive areas of L.A.,” Grabiec said. “The median price of a single-family home is $2.6 million, 72 percent of the population lives in rental housing, and demand for luxury rental housing is strong.”