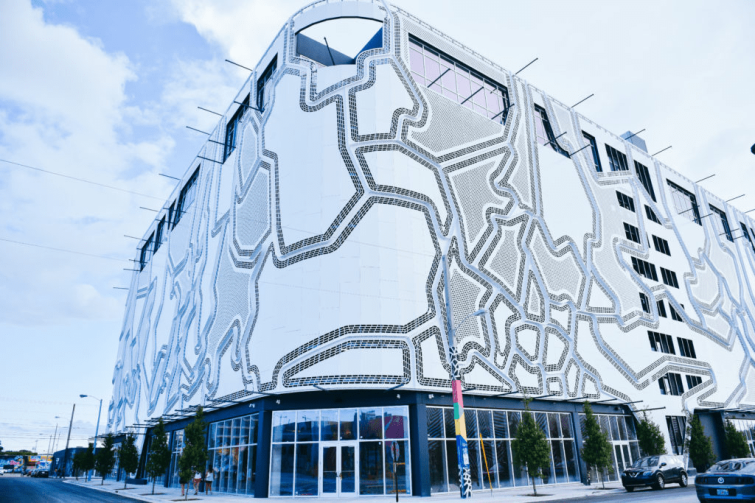 Days after his lavish bash for his newest venture, the king of Miami’s nightlife, David Grutman, is said to be expanding his real estate portfolio into Wynwood, Commercial Observer has learned.

Groot Hospitality, Grutman’s company, is in talks to lease a retail location at the Wynwood Garage located at 2660 NW 3rd Avenue, according to two sources familiar with the deal. The hospitality group is said to be eyeing the space previously occupied by the restaurant Punch Bowl Social.

“There were, at least, some preliminary conversations being had,” said one retail broker, who’s not involved in the deal.

The details and current status of the negotiations are unclear.

Groot Hospitality has not yet signed a lease in Wynwood, said spokesperson Lisa Schwartz. But the company is “currently exploring many projects throughout South Florida,” she said. “We aren’t ready to disclose the projects at this time.”

Goldman Properties, which owns the building, did not respond to requests for comment.

Punch Bowl Social operated a 20,000-square-foot space at Wynwood Garage that was billed as an “eatertainment” venue with multiple dining areas, bars and gaming zones, according to an Eater Miami profile. The opening, in late February 2020, coincided with the onset of the pandemic; the restaurant closed down the following month, alongside 18 other Punch Bowl locations nationwide, and the chain later declared bankruptcy in December.

Grutman is making a mark in the Magic City. The hospitality mogul and singer Pharrell Williams opened The Goodtime Hotel at 601 Washington Avenue last Friday. The launch party became the talk of the town, attracting large crowds; local leaders, such as Miami Mayor Francis Suarez; and celebrities Kim Kardashian and Victoria and David Beckham. Rooms cost between $224 and $269 per night.

Beyond the boutique hotel, Groot is slated to open three restaurants on South Beach’s Alton Road.

Grutman made a name for himself back in 2008, when he became the managing partner of LIV nightclub inside the historic Fontainebleau Hotel. The club became a celebrity hotspot, where Lebron James celebrated his NBA championship wins, and where such world-famous DJs as David Guetta and Tiësto regularly perform.

CORRECTION: This story has been corrected since publication to reflect that David Grutman became the managing partner of LIV, not the general manager as previously reported.